IB Results for 2018 Released in the UAE 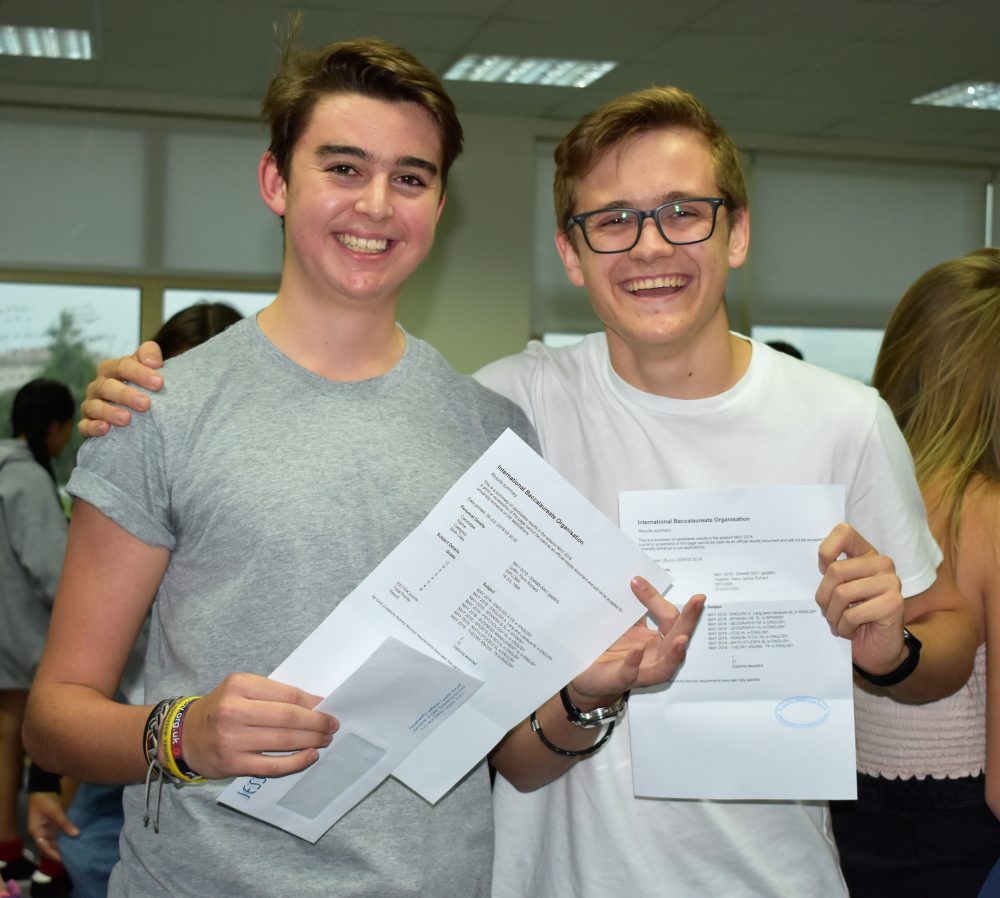 In the year that the International Baccalaureate Organisation (IBO) celebrates its 50th anniversary, 1,971 UAE students received their Diploma (DP) and Career-related Programme (CP) results on Thursday 5th July, joining a community of more than 1.7 million lifelong learners around the world. This year’s students, globally, achieved an average diploma score of 29.78 points, compared with 29.9 points in 2017.  The maximum available point score is 45.

In the first session of 2018, more than 607,000 examination papers—the largest number since the introduction of the Diploma Programme in 1968—were processed in 75 languages. A second session of examinations takes place in October/November each year.

In the UAE, following the first authorisation of an IB school in 1992, 45 schools now offer one or more of the IB programmes, with the largest number (40) offering the IB Diploma programme and 9 of these offering the associated Career-related Programme.

Early results indicate that the UAE’s IBDP schools are also likely to have maintained or raised their overall average points score compared with last year.  The average point score for UAE schools was 31.41 – some 1.63 higher than the global average.  Many schools have reported similar overall averages to last year.

In the first results received by SchoolsCompared.com, 103 students at JESS Arabian Ranches achieved results that raised the school’s average score from 35.2 in 2017 to 35.8 in 2018.  Given the non-selective nature of JESS (and indeed of most IB schools in the UAE, sharing the ethos of the IB organisation), this is impressive.  Among the top scoring students – 13.4% of students achieved 40 points or more, equivalent to more than 4 A* grades at A Level – places at Oxford St. Catherine’s, and St. Andrews in the UK, and at UC Berkeley in the US, are now assured.

Repton School Dubai had 40 students who sat the IB Diploma this year; their average score was 34 points – similar to 2017. Seven students also completed the IB Career-related programme for the first time, completing a BTEC in Business Studies.  The highest score achieved by the top  IBDP student was 42 points, and this high-achiever has received confirmation of a place at UC Berkeley in the USA, whilst another student achieved 41 points and will be studying at Oxford University in the UK.

Innoventures’ Dubai International Academy (the first IB World School in Dubai) reported a 34 point average for their IB students this year – in line with the results for 2017.  The highest scoring student, with 44 points, will be studying Medicine at Nottingham University in the UK.  DIA’s sister school, Raffles World Academy, reported an average of 32 points, with Emirati Diploma Programme students attaining an average of 35 points. The top Emirati student will be studying Economics at Kings College, London. Abu Dhabi-based schools from whom we have heard are BISAD, with an average score of 32 points.  22 students (100% of the cohort) passed the IBDP (compared with the world average of 79%), with the top scoring students each achieving 41 points.  At Al Bateen Academy, whose average score last year was also 32 points, this year 49 students entered the IBDP, of whom 90% passed, with a slightly higher average score of 32.2.

Other schools who are yet to report their results include DIA and Raffles’ sister school, Collegiate American School, whose first cohort of students sat the IBDP exams this year.  News is also still awaited from Emirates International Schools in Jumeirah and the Meadows.  GEMS Wellington Academy Dubai Silicon Oasis, GEMS Modern Academy, (the only Indian curriculum school currently to offer the IBDP) and GEMS World Academy in Dubai, and GEMS American Academy in Abu Dhabi have not yet revealed their average scores, but GEMS advised that 2018 average pass rate was 92 per cent for the 451 students who sat the IBDP this year, set against the international pass rate of 78 per cent in 2017.

Further schools whose students sat the IBDP in May include Deira International School and Universal American School, both now managed by Al Futtaim in Dubai Festival City.  Dar Al Marefa School in Mirdif, Dubai, largely attended by Emirati students, also posted its first IB Diploma results for a full cohort of students with an impressive 35 point average.  Full details of students numbers were not revealed.

The IB Diploma programme – regarded by many universities as the Gold standard and the most rigorous university entry qualification globally – requires students to take 6 subjects (including Maths, and Language and Literature in either English, French or Spanish), a Modern Foreign Language, a Science and a choice of two additional subjects, that are usually either Humanities or Arts-based.

Additionally, students complete their Theory of Knowledge (TOK) study and examination, a 4000 word Extended Essay and 150 hours of Community, Activity and Service. It is the foreign language component and the latter CAS activity, requiring students to get involved in a range of charitable, service and physical challenges, which is at the heart of the IBO’s philosophy to “deliver education for a better world”.

The more recently introduced IB CP (Career-related programme) requires students to take 2 IBDP subjects at a minimum, that must be relevant to the student’s career-related studies (this can optionally be increased to 4, but extra courses will not add to the ability of the student to secure the Certificate); the four “core” IB elements of: (a) a 50-hour community “service learning” course (similar to CAS); (b) a second language; (c) an 80-hours “Approaches to learning” course, and (d) a “Reflective” 3,500-word research based project; and, one directly career-related qualification decided and awarded by an alternative body chosen by the school. In the UAE, this has tended to be a BTEC Level 3 Diploma in various subjects such as Travel and Tourism and Sports Management, although it could also be drawn from a number of applied International A Levels.

There seems to be no question that the IB Diploma and Career-related programmes are here to stay in the UAE.  For students who are academically-able across a broad range of subjects, committed to independent life-long learning and who aspire to study at some of the world’s best universities, the IB offers a truly transferable international curriculum. IB students join universities with advanced practical and learning skills that often enable them to settle into university study more quickly, and there is some evidence that they are also more highly rewarded at the start of employment.

More information is available in our Guides to the IB Diploma and Career-related programmes and in our IB Diploma Programme Results Day article. 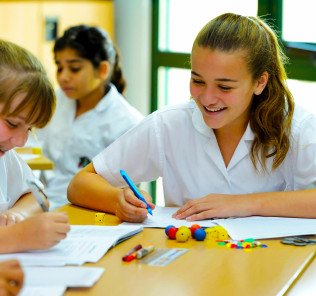 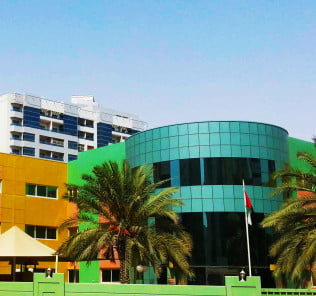 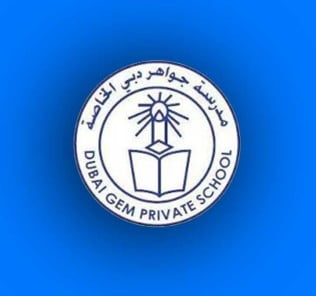 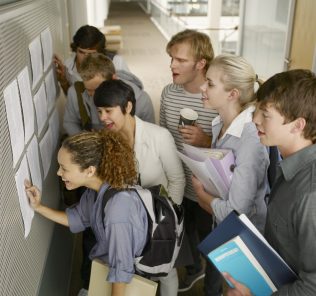 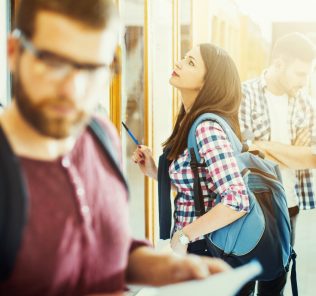 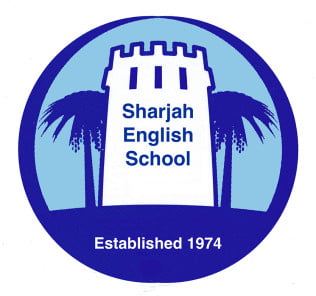