“All you need is love”: VHPS marks 10th anniversary with heartwarming celebra... 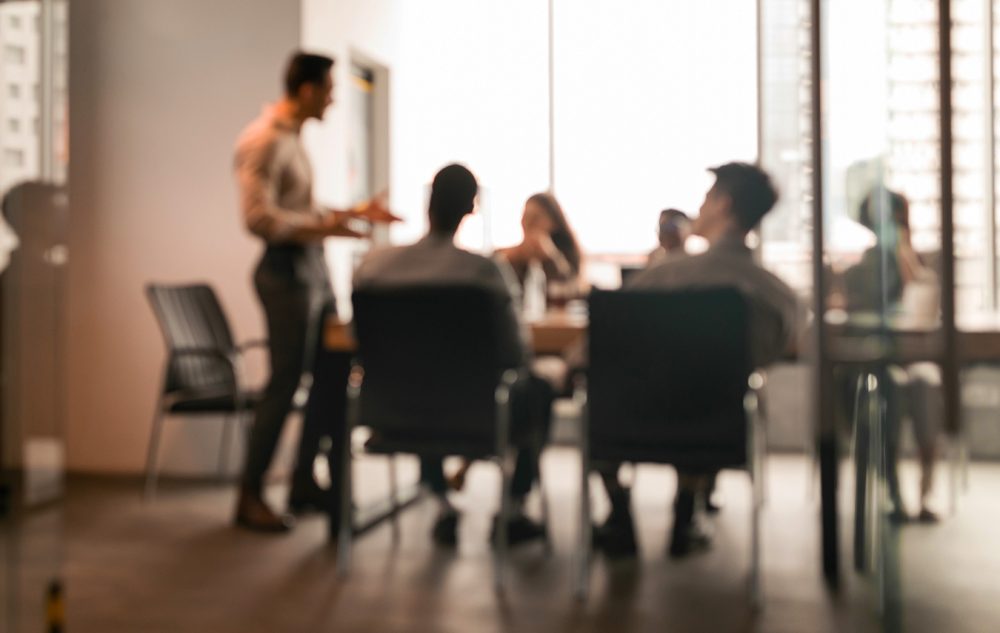 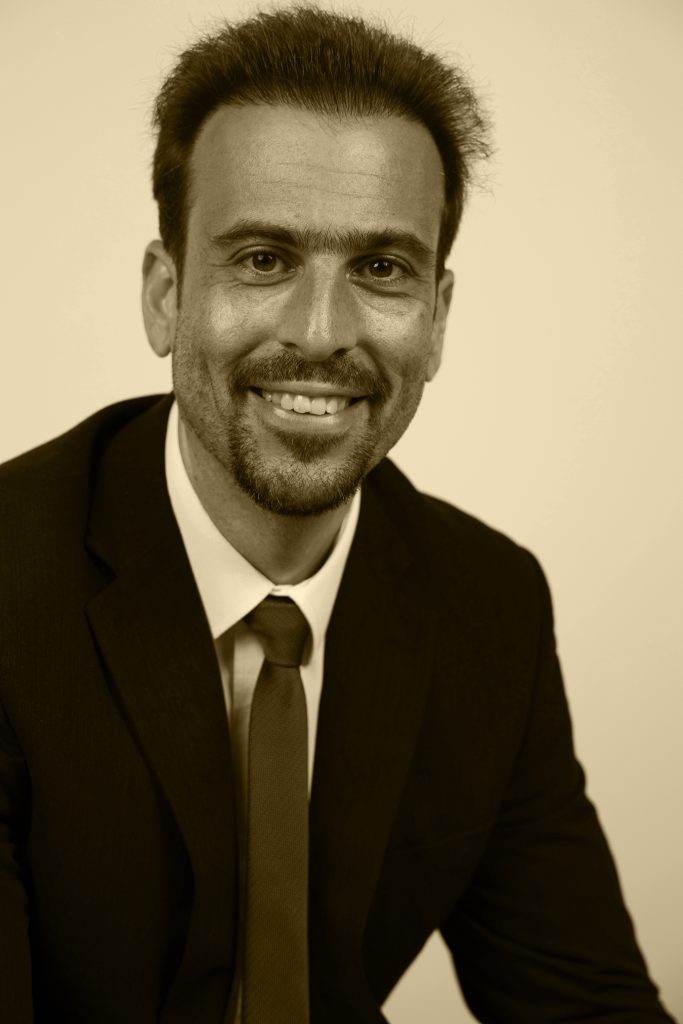 Aimon Sabawi is currently employed by the Emirates Schools Establishment with the federal government, heading a number of initiatives to improve public school education across the United Arab Emirates. Mr Sabawi is a qualified teacher, holding both a Master’s in Education  (MED) and a Post Graduate Certificate in Education (PGCE), and is in the process of self-publishing his first bi-lingual children’s picture book.

Mr Sabawi began his career in academic retail management with Follett Higher Education Group in the United States. He went on to relocate to the UAE in 2008, joining as one of the first operations team members of the Dubai Schools Inspection Bureau (DSIB). From this posting he transitioned into private education, assuming the role of Director of Admissions for a group of high-profile British curricula schools. Mr Sabawi ended his K-12 career as a teacher of Business & Economics, providing him both administrative and academic experience to the UAE education industry. He has published and presented studies in the field of ‘Sociolinguistics’ at various international refereed conferences. Mr Sabawi’s primary research interests are vocational studies, Emirati culture, and educational technology. 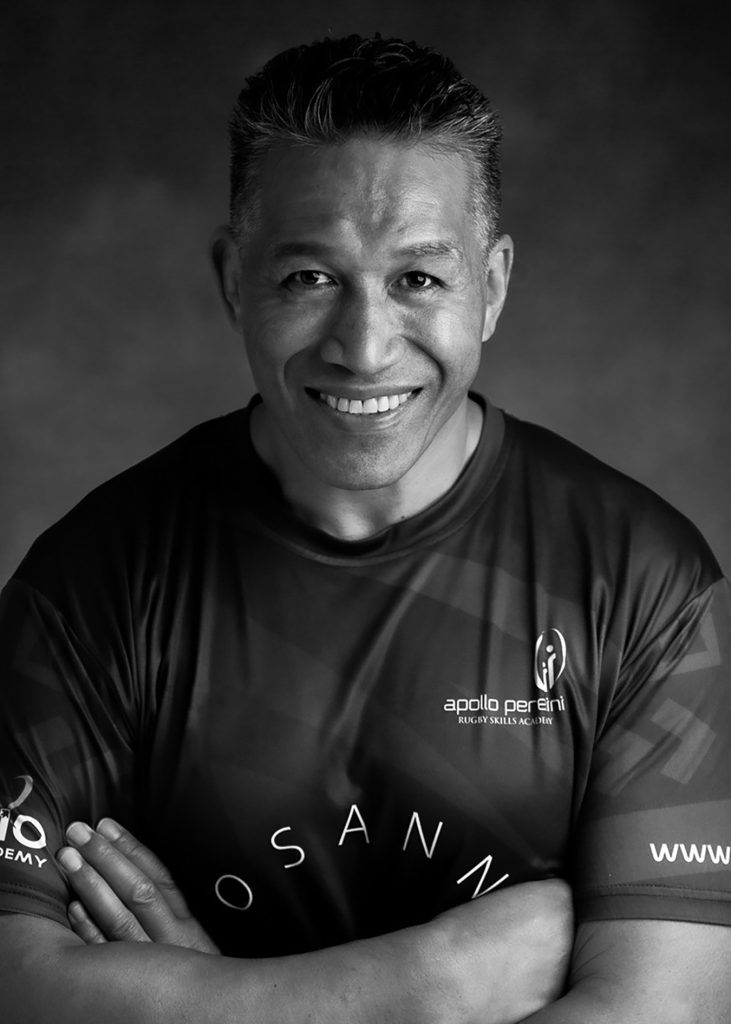 Apollo’s rugby career has seen him play for championship-winning St Helens Rugby League and Sale Sharks Rugby Union in the United Kingdom, Auckland and North Harbour Rugby in New Zealand, and internationally for the Manu Samoa Rugby Union and Samoa Rugby League teams, playing in World Cups for both codes.

Mr Perelini arrived in Dubai in 2009 to take up the role of Director of Sports at Repton School Dubai. Following this, Mr Perelini was appointed the High Performance Director for UAE Rugby Federation.

Mr Pereleni is the owner of Apollo Sporting Academy LLC – the leading specialist rugby training school focused on transforming the rugby futures of players and coaches. The school works with young people between the age of five years and eighteen years both independently, and within schools across the UAE. 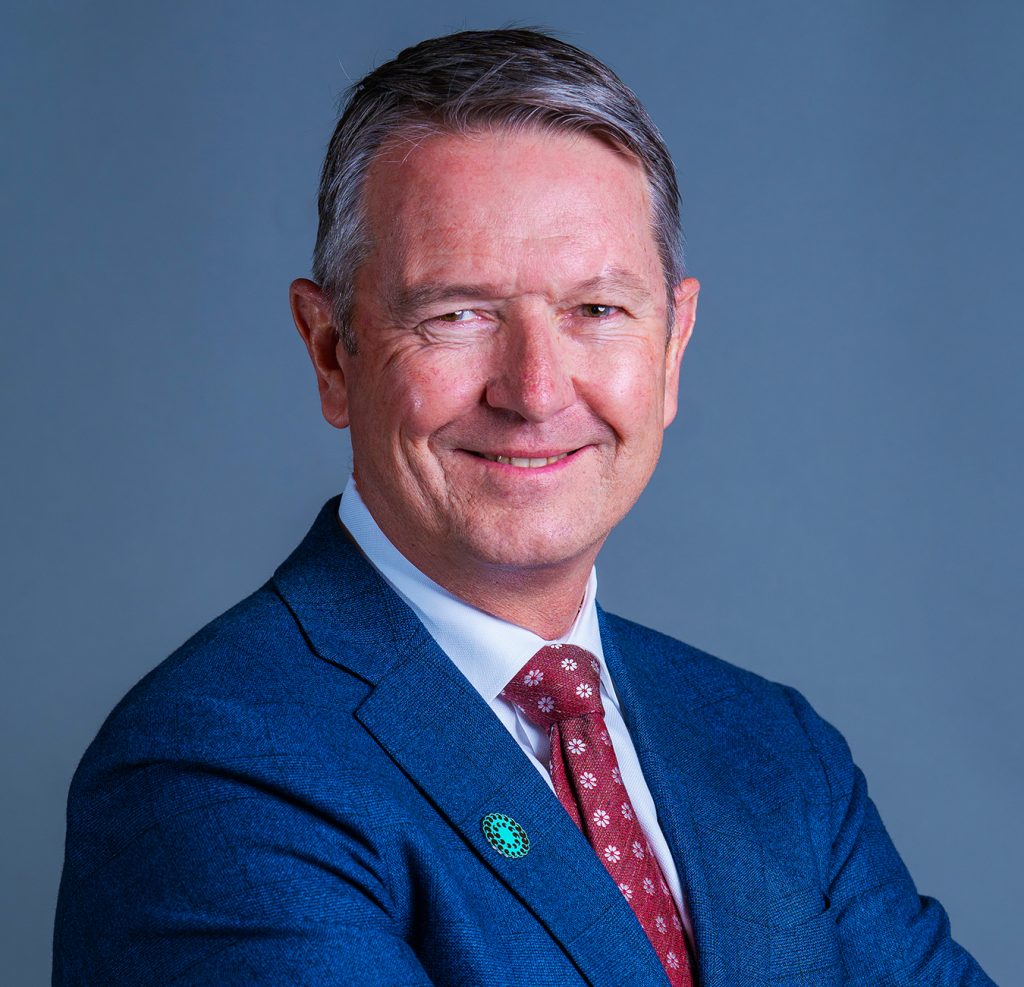 Working with the Misk Schools Board, Brendan has responsibility for providing leadership in all aspects of the school. He brings over 35 years of international educational experience and is using it to shape and guide his team so that together, they can deliver the school’s ambitious vision for a new paradigm in Saudi education, as part of Crown Prince Mohammed bin Salman’s Misk Foundation and KSA’s Vision 2030.

Brendan joined Misk Schools in August 2019 from GEMS Education in Dubai, where he had responsibility for a portfolio of 14 British Premium schools across the UAE and Africa.

Prior to his role at GEMS, Brendan was Director of Education at The Tourism Development & Investment Company (TDIC) in Abu Dhabi, and Founding Headmaster of its flagship school, Cranleigh Abu Dhabi, which he launched in 2014.

Under his vision and direction, Cranleigh became a multi award-winning school, securing New British International School of the Year 2017 as well as a number of other accolades in recognition of the school’s creative curriculum and outreach programmes. Prior to his time with TDIC, Brendan established and led Brighton College Abu Dhabi as Founding Headmaster. Based on the significance of his work in Abu Dhabi, he was listed as a UAE Education Influencer 2017 by WhichSchoolAdvisor.com.

Brendan began his career in 1985 in South Africa from where he moved to Sweden as Private Tutor to the President of SAAB’s children. His next career step was to the UK and into the independent boarding school sector. He joined Bedford School in 1995 to teach English and Sports, where he also held the roles of Senior Boarding Housemaster and Acting Registrar. In 2003, he was appointed Headmaster at Westbourne House School where, during his eight-year tenure, the school grew by 33% and achieved record results.

A graduate of the Universities of Port Elizabeth (now Nelson Mandela University) and Cape Town, Brendan has specialisms in English and Psychology, holds a Bachelor of Arts and a postgraduate BA Honors in Psychology, as well as a Higher Diploma of Education.

“I’m at my best when I am building teams and galvanizing them behind a shared and inspiring vision.

Misk Schools has a bold, forward thinking set of goals. It is both a pleasure and a privilege to lead a team that is already delivering innovation in the classroom and to know that together, we are on an extraordinary journey to break new ground in K-12 education.” 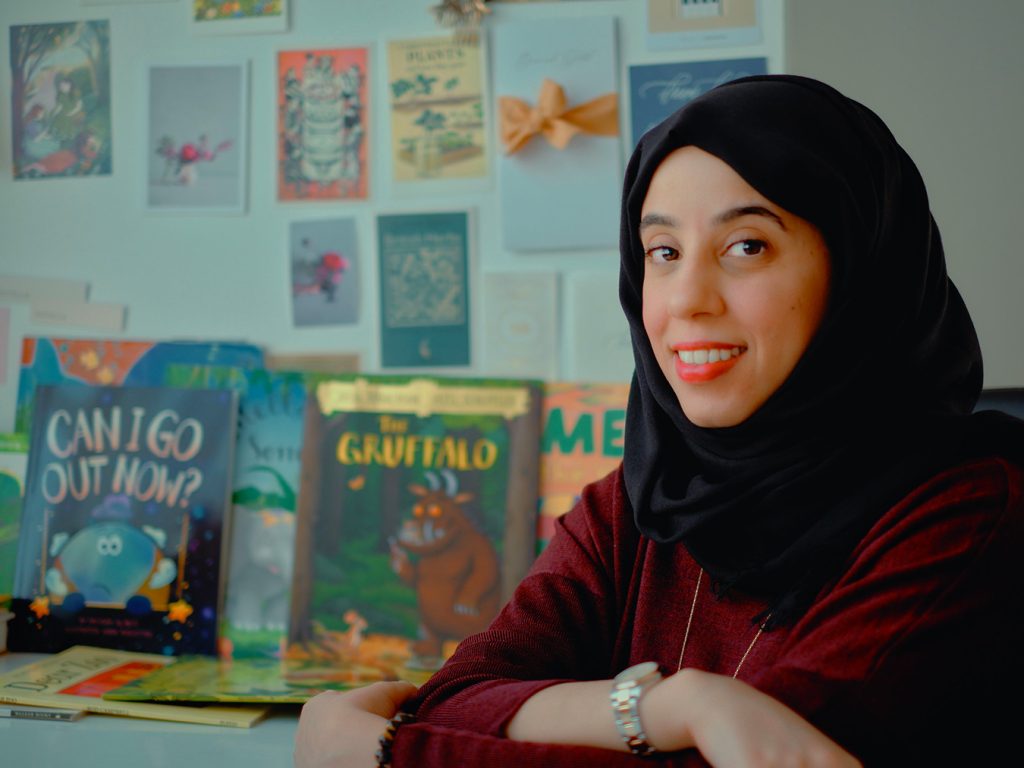 Ebtisam Al-Beiti is a published Children’s Author and Early Years Professional. She has had a passion for education since her high school years, where she used to volunteer to read stories to preschool children. She has over nine years experience in Early Years managerial and teaching roles. Writing a children’s book has always been on her bucket list, until it became a reality in March 2020.

Earning a Post Graduate Certificate in Education from the University of Sunderland and working directly with children inspired her to write a book with a meaningful educational message for young readers. ‘Can I Go Out Now’? is her first children’s book which aims to teach young children about current environmental and health issues in a fun, playful, and interactive way.

‘Can I Go Out Now?’ made its official debut in February 2021 at the Emirates Airlines Festival of Literature. The first edition of ‘Can I Go Out Now? featured in The Reading for Pleasure Project, a government reading program introduced by The Emirates Literature Foundation and the UAE Ministry of Education. It has since gained a lot of interest in the region and has featured in a number of school readings, children’s events, and workshops in the UAE.

Ebtisam is also a member of the Global Council and is involved in working towards achieving selected Sustainable Development Goals within her council.

She is currently working on her second book and is sure it will have little readers laughing as they experience a very friendly, yet unusual character.

Being an advocate for education, Ebtisam has strived to be a contributor to the education of young children and has also volunteered in special needs schools in her free time. Ebtisam lives with her family in Dubai and is not to be confused with her identical twin sister!” 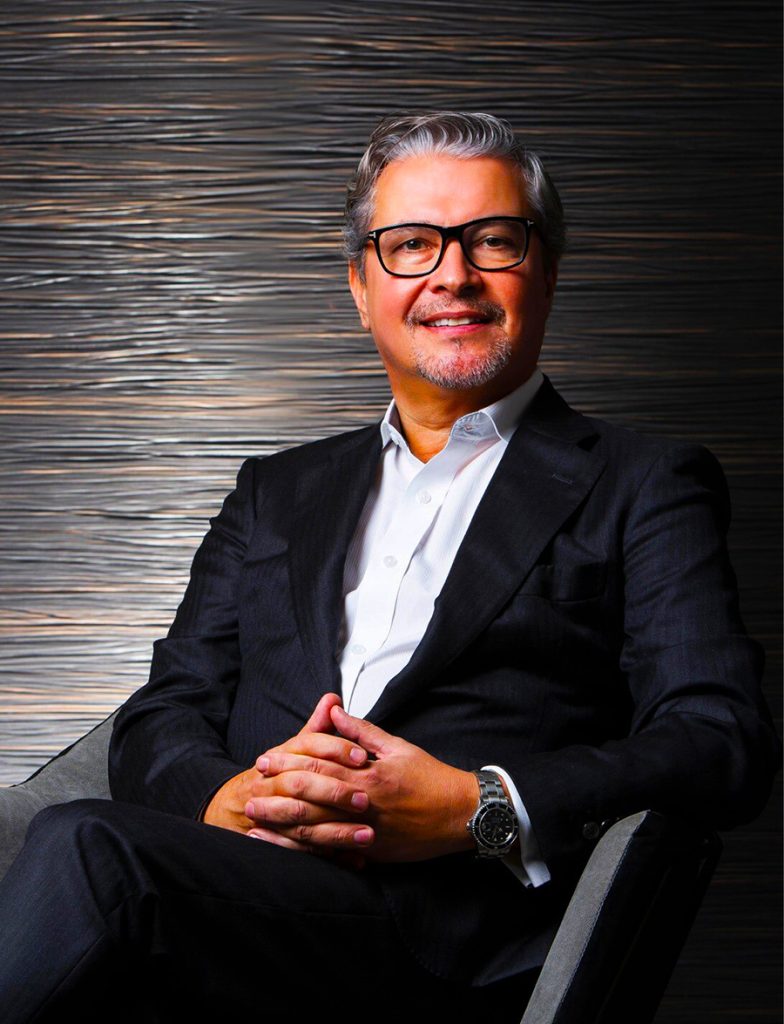 John is the Chairman of JacksonMSV Ltd and an award-winning foreign investment specialist.

With over 24 years in the Middle East region he founded, built and sold the region’s leading company formation and restructuring specialist firm, Links Group.

The business is now part of a global professional services firm.

John works with both Government and Private Sector entities to assist in shaping Macro-Economic growth through foreign investment and job creation.

He is Chairman & CEO of the British Business Group Dubai & Northern Emirates – and Chairs the Education sector focus group. John also sits on/advises the bilateral trade body between UAE and UK from an SME perspective. 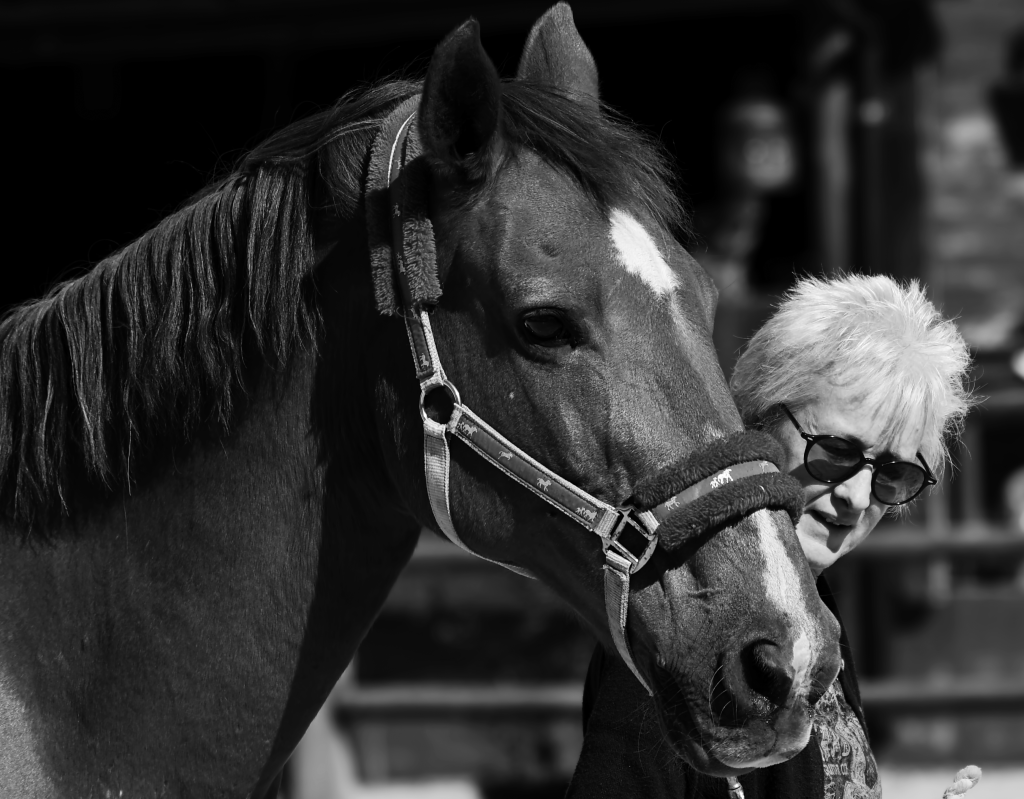 Lyn Soppelsa joined Which Media as its first full-time team member back in 2013 (and celebrates her ninth year with organisation in 2022).  Initially, Lyn was the public face of WhichSchoolAdvisor.com, visiting schools around the UAE to get to know them better and to introduce the new brand.

Lyn’s background includes both Parent Relations and Registrar roles in mainstream education, and marketing for a SEN centre, in Dubai. Prior to joining Which Media, Lyn spent a number of years working with international families relocating to the UAE, visiting numerous schools as part of this role. This gave her a critical understanding of the processes and requirements from both a school and parental perspective.

All three of Lyn’s children attended schools in Dubai, each completing their education in the UAE prior to moving on to universities in Australia and the UK.

Lyn is currently Reviews and Community Editor for WhichSchoolAdvisor.com and a (highly valued) special consultant and advisor for SchoolsCompared.com. 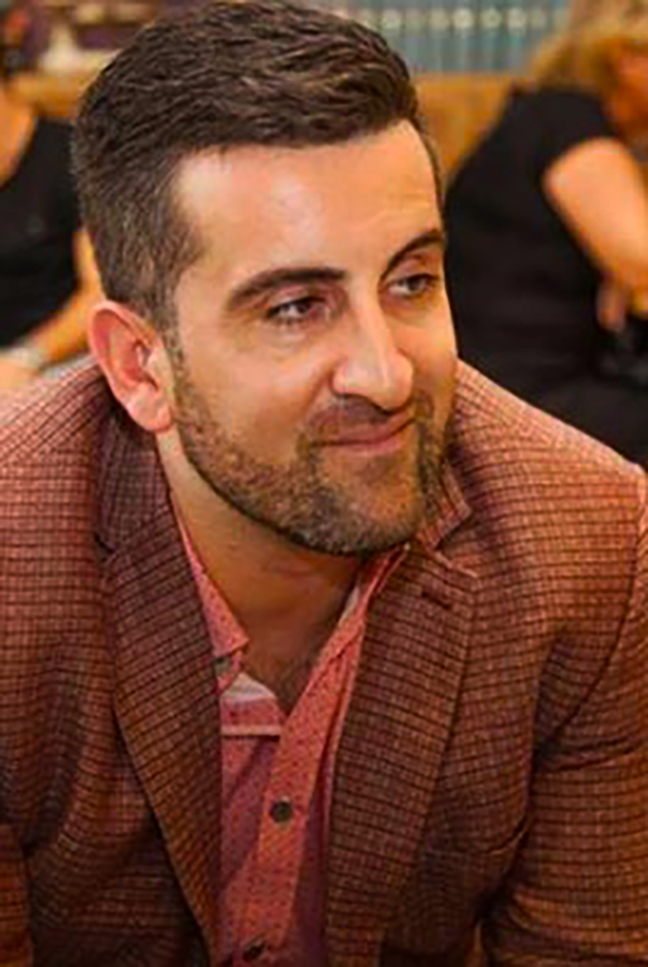 Shaun Robison is an entrepreneurial, education leader who has worked extensively across the GCC education sector. Mr Robison has worked with investors, school operators, teachers and government regulators for the last 13 years, and been at the forefront of K-12 development in the region.

In his role of CEO of BBD Education, he has recently delivered projects in Jakarta, Ahmedabad and the UAE. He has also has extensive experience of teaching training, and has recently published his PhD in Education with Newcastle University.

“Working with and alongside teachers has been my constant passion since completing my PGCE and M.Ed and at my core, is everything I learnt at Newcastle

As educators, we should not underestimate lived experience. The international sector is awash with opportunities that may offer a glimpse into another world that may change your worldview on education.”

Jon Westley
Jon Westley is the Editor of SchoolsCompared.com and WhichSchoolAdvisor.com UK. You can email him at jonathanwestley [at] schoolscompared.com
You might also like
JudgesTop Schools Awards
MORE
Read More
1788 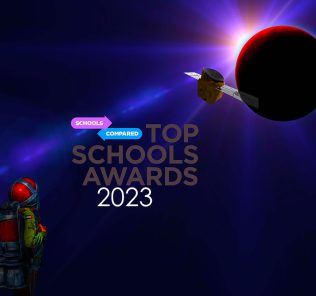 UAE kids in print: “500 Words For Our Future” Writing Competition...
Next