Must Read:Awards Day Twenty Five! The SchoolsCompared.com Top Schools Award for the Mos...

Must Read:Awards Day Twenty Two! The SchoolsCompared.com Top Schools Award for Most Inn... 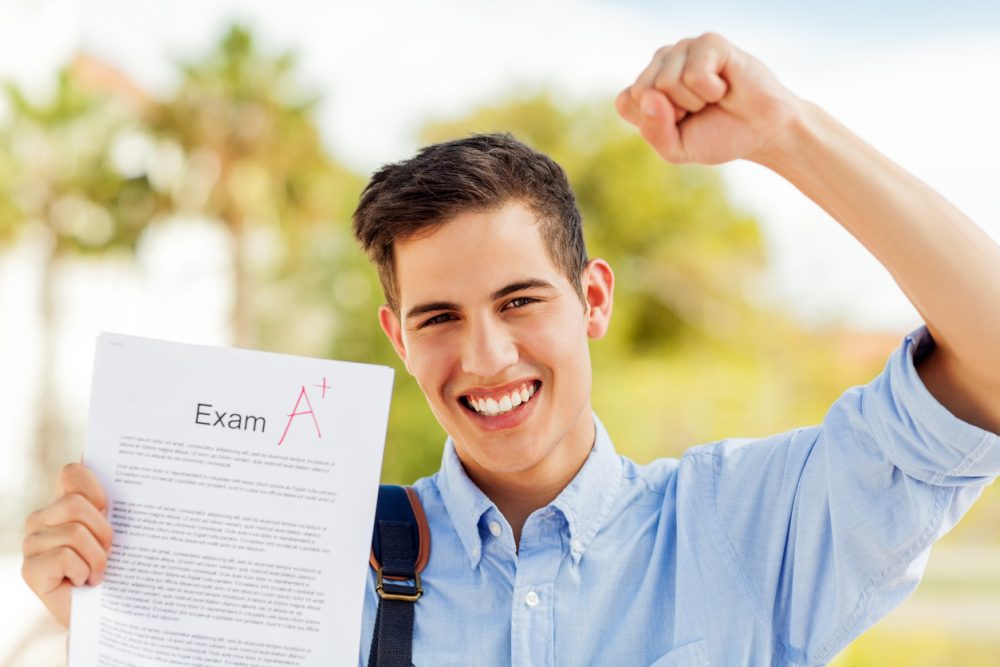 Today marks the end of the waiting for UK curriculum students in the UAE and around the world who sat their A Level (University entry) exams in June.  Results will have been issued to the schools yesterday to enable them to carry out the analysis of the results and to be ready to issue the precious information to anxious students.  Initial feedback from UAE schools show that strong results have been achieved by UAE-based students again this year.

For many students, this is not just the culmination of two years of hard academic graft in the Sixth Form or post-16 section of their school, but the end of 14 or 15 years of education.  These results will open the door to students’ dreams in terms of their university or other further education options.  It is the start of their independent life beyond school.  In the UK, despite a 1% fall in applications compared with last year, over 411,000 students have been offered places and many UAE-based students will be joining them.  However, A Levels also open the doors to universities around the world.

Results today are being issued for both AS/A1 exams taken at the end of year 12 (Grade 11) and for A2 exams at Year 13.  A level results are graded from A* at the highest level to grade E for a pass.  The majority of students sit three or sometimes four subjects.

With charges of “grade degradation” meaning that the standard of results were felt to be of not as high a standard as in the past, changes in the format of A Level exams are being implemented over a three year period. Increasingly, A Levels are being sat as one final set of exams at the end of Year 13 (grade 12) – the so-called linear approach.  Students, therefore, are increasingly being examined on the content of the full two year study period, rather than two separate sets of examinations, each for one year.

According to Simon O’Connor, Principal at Jumeirah College, “the majority of subjects were new specifications this year and, as a result, teachers did not have the resources that they have had historically – or a clarity of what was required. Not only that, but the new courses are significantly harder”.

Statistics for the current year reveal a number of changes compared with last year. Overall pass rates (A* – E) globally are down from 97.9% last year to 97.6% this year. However, the number of students receiving the highest A* or A grades has increased 26.4% – the highest since 2012. 8% of entrants received an A* – the lowest level since 2013, when it was 7.6%.  A total of 811, 776 A Levels have been awarded this year – down 2% on last year. In the UAE, a host of well-known schools will be handing over results in person, or will be supporting students who have accessed their results on line.

Schools that usually anticipate a good crop of A Level results include, in Abu Dhabi, Al Yasmina Academy Brighton College Abu Dhabi  and Al Ain, The British School Al Khubairat and Cranleigh.  In Dubai, Dubai British School, Dubai College, Dubai English Speaking College, The English College, and Jumeirah College students will be waiting to see how they have done.  Schools such as Al Diyafah, Al Salam, Dubai Gem, Pristine Private School and Wesgreen, whose students tend to sit a narrower range of subjects, will also be keen to share their results with their students.  In the Northern Emirates, Sharjah English School, Scholars International Academy and Ajman Academy are among others who will be sharing the good news.

At Dubai College, 128 students sat 420 exams, with 25% graded A*, 59% A* – A (with 33% of the cohort achieving these grades only), 87.5% were A* – B and 96% of results were A* – C grades. The highest achieving student (Head girl at Dubai College this year), achieved 5 A* results and will be going to the University of Cambridge to study medicine. Two further students will be also be attending Oxford and Cambridge, whilst nine will be attending Ivy League universities in the USA.

A level results at Jumeirah College are, again, according to the College, outstanding. Over 400 A levels were sat and 11% of results were graded an A* with 41% at either A* or A grade. 77% of grades were A* – B. 2 students achieved straight A* grades with just under 20% of the cohort achieving all A* / A grades. 55% of the students achieved no lower than a B grade.

Brighton College Al Ain, also had its first cohort of 16 students sit their A Level exams this year. 11% of results were grade A*, 40% were A* – A and 81% A*  -C. Students will be attending universities at British Columbia, Amsterdam, Antwerp, Glasgow, Leeds, Bristol, California Davis, Cambridge, King’s College London.

38 A Level students sat their exams at Al Yasmina Academy. With a 100% pass rate, 87% of grades were A* – C, with 8% of grades achieved at A* and with 34% of results being A* to A grades. The academy’s highest achiever, with 2 A* and 2 A grades, plans to study Biomedicine at Maastricht University, Netherlands, whilst the second highest achiever will will be attending Imperial College London to study Electrical Engineering.

Brighton College in Abu Dhabi also reported strong results, with 69 students taking the exams. 14% of results were A*, 42% A* – A, 95% A* – C with an overall pass rate of 99.6%. Students will be joining Oxford University, Edinburgh and the Royal Veterinary College among other prestigious universities.

GEMS Education provided data for all of its UK curriculum schools, including Jumeirah College, The Winchester School, Jebel Ali, Cambridge High School, Abu Dhabi, and Our Own English High School, Al Ain, where individual students achieved 4 A* grades. GEMS advised that of 1,350 exams that were taken, 9% were graded at A*, 33% were A* – A and 59% A* – B. 17% of students achieved A*, whilst 73% achieved A* – B. Students across the schools have been accepted at universities including Cambridge, Oxford, University College London, Imperial College, Kings College, MIT, Stanford, Columbia and Princeton.

At Dubai English Speaking College, a record cohort of 154 students achieved an overall pass rate of 99.8% – the highest to date.  85% of results were A* – C grade,  61% of results were A* – B  within which 36% were A* – A grades. In addition to A Levels, DESC also offers the Extended Project Qualification to all Sixth Form students. Over the past two years, 82% of all EPQ entries have been awarded A* or A grades.  DESC also offers a range of BTEC qualifications to students of a full range of academic abilities.

First results from Sharjah English School show that 29 students sat A Levels and recorded excellent results with 10% of exams graded A*, 40% graded A* – A and overall results at grades A* – C an impressive 84%.  All exam papers submitted received pass marks with a 100% success rate.  The highest achiever obtained 2 passes at A* grade and 2 A’s, with the student concerned planning to study Aeronautical Engineering at the US Naval Academy.  Two further students achieved 1 grade at A*  and 2 A grades and will be studying Product Design and Geology respectively at Imperial College, London.

At the English College in Dubai, one of the longest established UK curriculum colleges, A Level results were also strong, with the cohort of 61 students entering 164 exams.  5% were graded A* , 22% A* – A, 85% A* – C and 100% A* – E. The highest grades achieved by an individual student were 2 X A* and 2 X A, compared with 3 A* passes last year. University destinations – predominantly in the UK – include Kings College London, Lancaster University, Nottingham Trent University, Plymouth University, Ravensbourne College, Royal Holloway University, and the Universities of Cardiff, Central Lancashire (UCLan), Chester, Essex,  Exeter, Kent, Leeds, Newcastle,  Reading, South Wales, St Andrews, Sussex, Winchester and the University of The Creative Arts London.

Scholars International Academy in Sharjah also announced its first set of A Level results.  Although the school did not provide student numbers or entries of its first cohort of A Level students, it did reveal that all those who participated in the exams achieved 100% of results at A* – C, with 25% of all grades achieved at Grade A and 75%  at Grades A – B.

Further updates will be provided as results are received.

How to Get a School Place in the UAE
Next 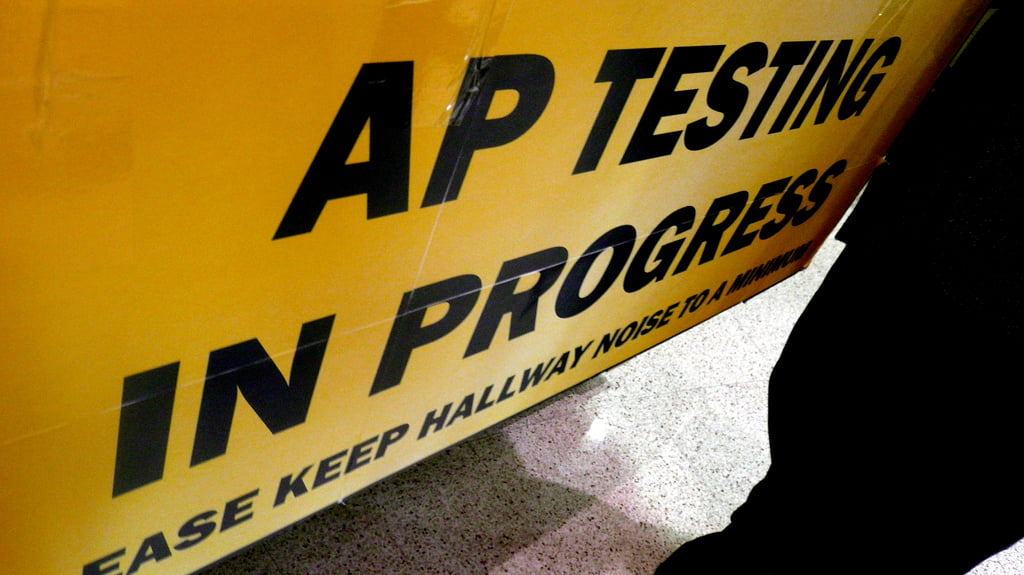 Must Read:Happiest Schools in the UAE. SchoolsCompared.com presents… The English ...
Compare
Go
×