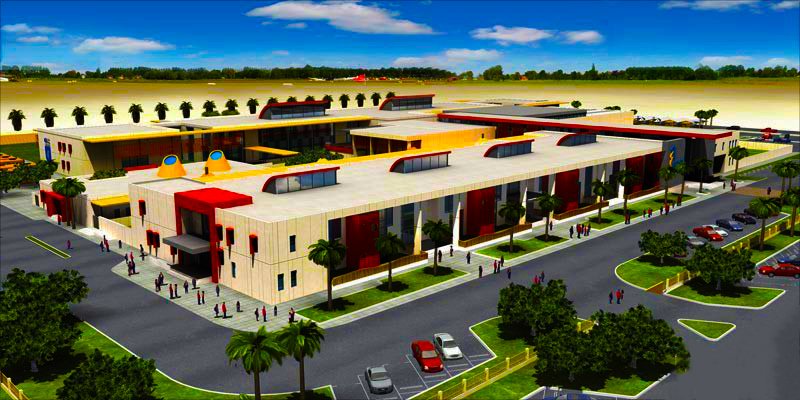 Ajman Academy, also known as Ajman International Academy, is in phased launch to provide an all-through hybrid International Baccalaureate/ English National Curriculum FS – Year 13 education for students between the ages of 3 and 18 years. The school, established in 2012, provides a mixed, co-educational education for its students.

Ajman launches through provision to IGCSE from 2016-17 with full FS – Year 6 schooling having been securely bedded in over the first four years of its phased launch programme. International A Level provision will follow from 2018. The school has grown steadily from its founding intake in 2012 of 130 students to its current 750-strong role.

Ajman Academy is in planning to offer full International Baccalaureate provision, including post-16 study for the IB Diploma, at a later date, although it is not yet decided whether the school will eventually move to comprehensive parallel stream UK/IB provision – or replace curriculum.

The school, impressively, publishes the names and bios for all its staff – teaching faculty and supporting. This level of transparency and detail, which for the most part includes detailed background information, is – usually – indicative of a school with confidence in both the calibre of its staff – and its capacity to retain them.

Ajman is in a minority in offering this level of detail for prospective parents – and we applaud its recognition that all staff in a school contribute to its success, rather than, as is the case elsewhere, the implied presumption that it is only school leadership.

It is worth noting that, although the school is based in Ajman, it is very accessible to parents in northern residential areas of Dubai – with commuting times working strongly to the benefit of parents because commuting traffic flows work in reverse. Current travel times are around:

Located just off the Emirates Road on the E311, Ajman Academy is accessible for many prospective parents in Dubai, Sharjah, Ras Al Khaimah and Umm Al Quwain.

School fees are the lower end of premium running from 32,000 at FS stages (including levies) to 67,850 AED for Year 13 at launch. Parents from outside Ajman will need to weight these fees in the context of higher travel costs.

The school itself is still bedding in and notes that it expects in 2016-17 to face the inevitable “numerous hurdles” of any school opening a completely new phase of (in this case middle/secondary) provision. Building/finishing of the secondary school, set to launch in September, is running behind schedule and, as it stands currently, the school has back up plans in place some students in (high quality) temporary classrooms. The eventual transition of students is promised to be seamless.

This said, we particularly applaud Ajman’s UK Independent modeled House System which has proved successful in pulling together the school throughout its previous new school teething. Ajman Academy houses include (White) Leopards, (Red) Scorpions, (Black) Wolves and (Green) Falcons, colours representing the UAE national flag.  Students – and staff, are allocated to a House when they join the school and we like the school’s sensitivity in always placing siblings within the same house. The benefit of Houses in pulling school’s together in a shared culture is strongest when a school is in launch phase, given the shared sense already that founding students, and staff, have a genuine role in the evolution and establishing the “feel” of a new school in the making.

The Secondary school’s new Principal, Robert Hitchings, is a Geographer and Geologist by training, with later teaching qualifications and training furnished by Cheltenham and Gloucester, and Leeds University. Mr Hitchings has 16 plus years teaching and leadership experience across Qatar and the UAE, latterly as the Deputy Head of Secondary at Sharjah English School. He has a core specialism in ICT and leads the school’s Apple-centric development of 1:1 iPad provision for students at Ajman up to Year 9 and its planned BYOD (MacBook) programme from Year 10.

Ajman’s founding Head/Director, Anthony Cashin, has been in post for five years. An Australian, Mr Cashin is an educationalist by training, an MBA graduate from IQUniversity, Rockhampton, with more than 25 years teaching and leadership experience drawn from schools across Japan, Australia, Thailand, Oman and the UAE. Whichschooladvisor independent feedback is uniformly positive.

The school has an extensive ECA programme too including modern dance & ballet and the spectrum of sports from football and swimming to netball.

The school actively supports children with English Additional Language requirements with a dedicated team of 3 staff providing 1-1 support. Arabic is taught for 40 minutes per day in 3 – rather than the usual 2 – groups. Arabic A is for native-speakers, Arabic B for non-native speakers and Arabic C for complete beginners. Islamic Studies also takes place daily for Muslim students, whilst non-Muslim students are provided with extension activities. Spanish is offered as an additional language in Secondary school.  Ajman also provides support to children with Special Educational Needs with 2 full-time staff managing class dependencies and individual provision/ILPs.

Whichschooladvisor, in its independent school inspection, praises the school’s “bright, modern buildings,” “well equipped classrooms” and “high quality and provision” of teaching staff. It describes the school as “a well-resourced and lively school that really provides children with an opportunity to learn so much more about the local culture, with its strong Emirati student base, than many equivalent schools – as well as the broader cultures and languages of its strongly international role.”

If there is a current critique of the school, however, notwithstanding its highly impressive publication of faculty, it is in the area of transparency. The school publishes inadequate, limited curriculum information for prospective parents. For example, currently there is no published secondary school handbook, or curriculum guides identifying the breadth of subject provision at IGCSE (or that planned for later International A Level study.) Much of the information too on the IB PYP curriculum is generic, directly imported from the IB, rather than exploring in detail the way Ajman itself approaches IB teaching.

We would also like to see the school publishing in full its MOE inspections rather than just advising prospective parents that the school is rated “Highly Effective” with Distinction. Prospective parents in Dubai and Abu Dhabi have high expectations of school transparency given their outstanding Inspectorates and open publication of Inspections.

Whilst the school has not yet taken its first students through IGCSE, we would also have liked the school to publish added value data, to guide prospective parents on the way Ajman manages child flightpaths and expectations.

Finally, whilst Ajman does publish excellent newsletters, only recent newsletters are available online – prospective parents would benefit from access to the whole story of the school that the comprehensive publication of newsletters over time delivers.

Bottom line? It is too early to provide a definitive recommendation of Ajman – it is mid-way through phased launch, including on-going building, and needs proper time to establish itself. We do believe, however, that without the school having decided its eventual curriculum path (whether through IB only, parallel stream UK/IB or IB PYP only) prospective parents are at a considerable disadvantage. This decision, after four years, needs making sooner rather than later.

We also think there is not enough transparency in information, in breadth or detail, for prospective parents to properly benchmark the school. This is a shame because in some areas, particularly in staff guides; we would rate the provision as outstanding, matching the best schools in the Emirates. All school’s outside Dubai and Abu Dhabi too, should, we believe, recognise the importance of publishing their MOE inspection reports. It is this level of data that is needed, and expected, by prospective parents.

Fees too place Ajman in an exceptionally competitive grouping that is being driven by an increasingly outstanding, globally competitive educational sector in the UAE that is pushing standards, and parental expectations, higher each year. Parents are increasingly, in this sector, unforgiving.

This notwithstanding, there is much to recommend Ajman even mid-phase. High quality of faculty, strength of school leadership, a genuinely pervasive sense of school happiness and unity; an outstanding curriculum foundation; and accessibility, gives Ajman Academy much that will genuinely appeal to prospective parents. All the basics and potential is clearly in place – it just needs, we believe, a little better refining.

Partially Inclusive:
Notes:
(1) Entrance is via assessment test and interview.
(2) Testing in the resident country can be arranged for applicants residing outside of the United Arab Emirates, with interviews conducted online
(3) Prospective students may be offered a guaranteed place; a conditional offer; place on the waiting list; re-assessment; or, not accepted
(4) Although the school welcomes applications from students of all nationalities, and from any curriculum, they must be able to demonstrate that they can successfully access the curriculum and will provide a positive contribution to the school.
(5) The IB programme is designed to be challenging academically and the School can only admit students who require academic support where there is a capacity to support them within a limited learning support department.

British / Arabic
Notes:
(1) School is extremely transparent and publishes names, titles and bios for all faculty

• Inevitable teething of a school mid-way through phased launch
• Lower levels of parental transparency, and information provision, than the best schools
• Lack of clarity of eventual curriculum design
• Premium level of fees places Ajman up against very stiff competition
• No advertised scholarship or bursary provision
• No publication of MOE inspection reports

A school with very significant potential mid-way through phased launch. There is much to recommend Ajman Academy for prospective parents, although, we feel, there is still too little clarity on the school’s trajectory, particularly in its eventual post-16 curricula, to provide parents with the certainty that they should expect – and their children need. 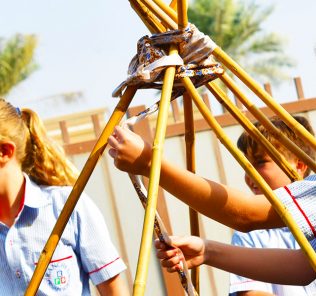 Must Read:British A Level versus IB “Sensationalist Claptrap.” The Big Guns in UAE British Schools Fight Back. A Le...
Read More
1880

Must Read:GEMS FirstPoint School, The Villa, Dubailand – THE REVIEW 2021
2 Comments
Leave a response