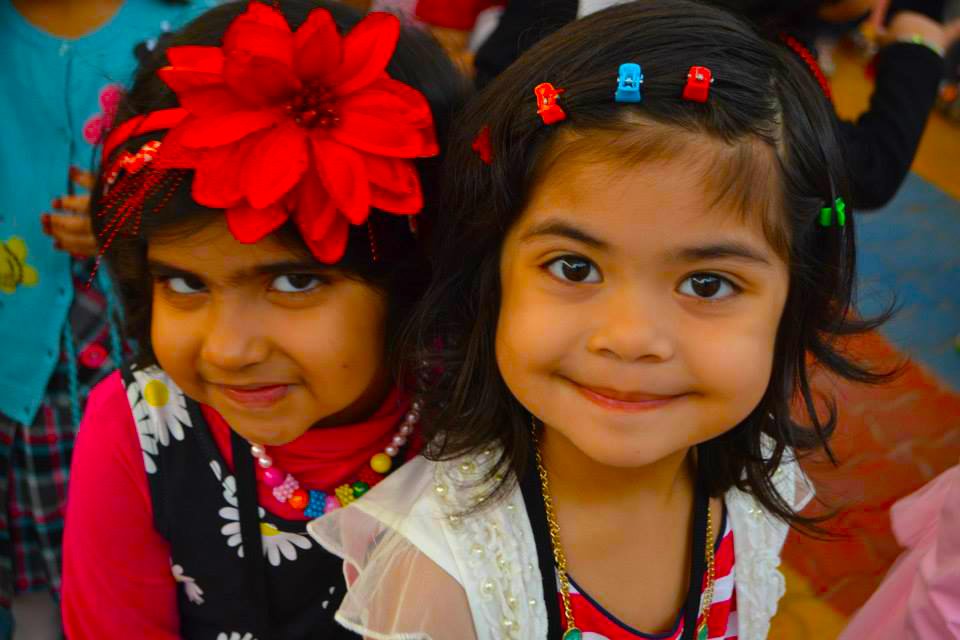 The Arab Unity School evolved from a micro-school established by Zainab Taher in two apartments in Al Nasr Square with 15 students and six teachers.

In 1974 the late Shaikh Rashid Bin Saeed Al Maktoum, former ruler of Dubai, gifted the Taher family its current site in Al Mizhair, and the school started, ground-up, in a then deserted area of Dubai without lights or water, by developing a nursery, kindergarten and an early years’ curriculum between Grades 1-3. Today the school is executively managed by Arwa Taher, the founder’s daughter, educating 3300 children aged between 4 and 18 to Grade 13 in a bustling education schools’ hub bordered by Al Mizhair American Academy for Girls and Dubai Modern Education School. The Arab Unity School is an English National Curriculum school offering a Cambridge and EDEXCEL backed curriculum to GCE O’ and A’ Level.

School facilities are basic, including a library, IT and Science Labs and a music and arts room. At the time of writing the school’s web site leaves its facilities pages blank.

School performance historically has been weak, achieving a poor, but consistent “Acceptable” rating for seven years by the Dubai KHDA Inspectorate. This followed two years off significant failure. In a significant move to address this, however, the owners have now recruited a specialist British Principal for the school, Mark Mcloughlin, following the 4-year period of acceptable standard KHDA Inspections under former Principal Sunita Budhwani who left the school in June 2015.

Mr Mcloughlin was trained at Alsager College, a specialist teacher training College now absorbed within Manchester Metropolitan University, and moved from a position with Nord Anglia/ADEC where he was part of an international team putting in place a continuous Professional Development Plan for school leaders.

One of his first steps, in January 2016, was to recruit Denise Patterson, a specialist in teacher professional development with a background working for the Centre for British Teachers (Education Development Trust), to Arab Unity’s senior management team and as a Senior Teacher within the school. His focus initially has been to ratchet up the standard of teaching across the school, whilst also working significantly on improving school communications. It is early days to judge the impact of his intervention, but first impacts have been swift and impressive.

Current KHDA findings suggest he will face an uphill struggle and certainly require significant investment by owners to meet a brief to pull the school up to a Good standard or above.

Structurally the school faces high levels of staff turnover exceeding 30%. This level of turnover provides students with no level of consistency. Further, a student to teacher ratio of 1:30+ is too high to afford adequate whole child provision across the range of abilities, this an acute problem given the degree of staff turnover.

In delivery the curriculum simply does not adapt to the needs of students. Individualized learning is negligible give the high numbers of children to every teacher and the provision for children with Special Educational Needs [SEN] and those who are Gifted and Talented [G&T] is especially weak. This is as much caused by the limitations placed on teachers than any inherent deficiencies in their teaching ability, although KHDA inspectors identify issues here too.

Large class sizes are a fundamental stumbling block to individualized learning and many children inevitably fall through the net.

The KHDA also identify failures in effective monitoring of teacher performance, together with a general lack of lesson planning, benchmarking, self-evaluation, curriculum planning, monitoring and evidential base as key contributors to dropping performance. Critical thinking, imagination and global context are inter-related weaknesses – for example, students show a passion for and understanding of their own culture but the context is an insular one.  This is an uncomfortable finding for a school whose name was founded in a context of unity between cultures.

Although the school does not operate at an outstanding level in any area of provision, there are some positives.

Notwithstanding the recruitment of a new Principal to drive through change, potentially a real positive for the future, students reach a good standard of personal development in all phases of the school, post-16 provision at its best does reach a good standard and there are good levels of attainment for a majority of students from secondary phase onwards. The range of subject choice at (I)GCSE, AS and A’ Level is a rare, genuinely impressive highlight.

Given recent changes to leadership WhichSchoolAdvisor.com to some degree reserves judgement. Inspectors recognise that the new school Principal is early in a journey that will need him to overcome many hurdles for the school to meet the aspirations of its owners, teaching staff and students. As it stands, however, the Arab Unity School offers its students only an acceptable level of education. For a minority of students, the school will, and does, perform. But far too many children fall through the net – and any child falling through the net is one child too many.

• New, highly qualified Principal with expertise where the school needs it
• Fast-track change already evident under new leadership’s development programme
• Some children do achieve against the odds
• Excellent choice of subjects at both (I)GCSE, AS and A2 levels
• Low fees

• School at the beginning of a journey to transform under a new Principal
• No certainty that he will be given the resources to improve the school, but new appointments suggest positive change
• A for-profit school with no historical perception of investment in facilities or teaching staff
• Existing provision significantly fails children on the margins
• Ongoing concerns at the quality of governance, primary provision and whole-child focus
• whichschooladvisor “reserved judgement” status in the context of early stage attempts to restructure and improve school provision

Must Read:Open Letter from the Editor. How to Manage Exam Results and Grades for Children in the Year of Coronavirus Covid-19.
Read More
10764