AISA’s head (Director), Gareth Jones, a post-graduate biochemist by training (University of London), studied Educational leadership and administration at Oxford Brookes. Mr Jones has been Principal of AISA since 2008 and, according to WhichSchoolAdvisor.com, has brought considerable vision, intellectual energy and commitment to the role, whilst remaining approachable, and respected by school leadership, teaching staff and students alike.

This helps given the significant challenges; the school’s B4 rating (“Satisfactory and Improving”) should be understood in the context of a student body in which 80% of students have English as an Additional Language (EAL) and a number of grades have up to 40% of students in their first stages of learning English.

Nevertheless, the school’s B4 rating sees AISA bordering on ADEC’s high performing school status in all categories but one, and Inspectors emphasise both that the school is improving, and has the capacity to improve further. The move into Good School territory is clearly and tangibly in sight, no small achievement given the complexities of teaching both US, and extremely demanding IB programmes within the context of its talented but predominantly non-native English speaking student population.

School fees, which  range from AED 29,078 in KG to AED 52,852, seem at first glance unduly high compared with the average for its rating. However, seen in the context of a school offering the resource-hungry IB curriculum, and the individualised learning that comes from parallel examination streams, those fees take on a different hue altogether, becoming distinctly mid-range and, at least at first glance, now operating at a level offering very good value.

Facilities are, however, middle tier and the major weakness of the school. This weakness is all the more unusual for an American school offering this level of academic provision. Facilities include two libraries, one dedicated to KG children and the other small but well resourced “main” library for the rest of the school; 5 (excellent) ICT Labs; art rooms; 2 gymnasiums; swimming pool; football pitch; clinic and 2 prayer rooms.

These are compromised, however by a lack of disabled access; science resources that fall considerably short of what is required to meet the needs of students and the curriculum; facilities that are on the whole far too small for the number of children; narrow corridors; and limited shading for outside play (unacceptable in a school of this caliber). ADEC notes that pipeline plans for new classrooms and kindergarten will not resolve the fundamental issues and the school has “outlived the buildings to some extent in terms of modern curriculum provision.”

The quality of facility provision pushes the American International School in Abu Dhabi into the other extreme of borderline B5-C6 scoring and the impact on students of this failing should not be underestimated. Without addressing these, the school and its students are compromised, but structural challenges are arguably the least simply addressed, notwithstanding that ESOL Education owns an alternative site that could be developed.

Other areas of weakness include an improving but still high level of staff turnover (teaching is stretching given the student population density of EAL and the curriculum demands of the IB and, at least arguably, the salaries offered by the school do not match the quality of teaching staff it requires); and unsatisfactory teaching of Arabic core subjects.

Tellingly, AISA was the first school in Abu Dhabi to be authorised to offer the International Baccalaureate Primary Years Programme (IBPYP) – and in the quality of critical thinking and student engagement at this level, the school shines.

Class sizes are low and there is ongoing investment in facilities (the swimming pool, for example, was a late investment in 2013).

According to WhichSchoolAadvisor.com, the levels of commitment of students varies considerably. Further, because the school is not transparent (refusing to publish details of its academic results) prospective and existing parents are left in the dark when trying to benchmark how good the school actually is in delivering results in any of the parallel examination streams. This is a serious weakness and completely at odds with accepted minimum global standards of parental, and student, information provision. WhichSchoolAadvisor.com also notes that it is also particularly odd for a school with this make-up of student body not to advertise what should be very high added value scores indeed. Positively, WhichSchoolAadvisor.com recognises, however, significant ongoing investment in senior management that is ”making an impact.”

Summing up the American International School in Abu Dhabi (AISA) is not an easy task. The school has many exceptional qualities, including and particularly in its brave and pioneering provision of a dual stream IB/US curriculum, dedicated leadership, high levels of teacher quality and commitment (in those that stay the course) and reputation. AISA is a highly thought-of, sought after school. But it is also a school that lets itself down in areas that investment by ESOL Education could rectify, even if that would require a new school with the buildings, facilities and staff salaries that are now needed for the school to meet the potential of all its children. Transparency in its communication of results requires only a decision by the Director, and that makes it all the more unfathomable that the school should let itself down in this way, and so starkly, for parents, prospective and existing, alike.

Note: AISA is not transparent in publication of examination results or added value data and scoring is based on projections from whichschooladvisor data, ADEC inspections, school information and parental feedback.

• Structural weaknesses in building and facility provision
• Lack of transparency/secrecy – the school publishes no academic results data for parents, preventing any effective benchmarking of the school’s performance
• Ongoing high levels of staff turnover
• Weak Science facility provision significantly limiting student potential
• Investment may well be “papering over the cracks” in a site that is no longer fit for purpose
• Demand for places outstrips supply

• Overall B4 ADEC “acceptable” grade school
• A difficult school to classify with, for whichschooladvisor, some best-in-class strengths in curriculum choice and provision
• Admirable, pioneering and brave school in key respects let down by limited facilities, staff turnover and ongoing lack of transparency 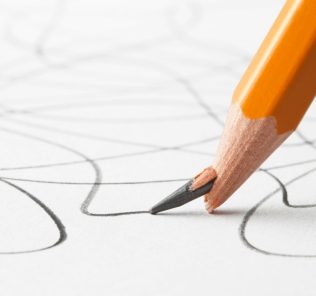 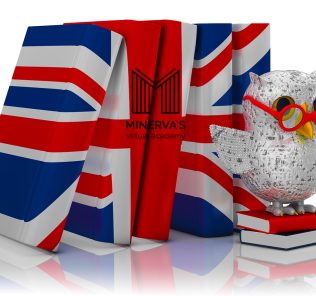 Must Read:Letter from the Editor. It’s Time to Get out of the Kitchen. A Level and GCSE Exams Summer 2021. Transformed no...
Read More
4618

Must Read:British A Level versus IB “Sensationalist Claptrap.” The Big Guns in UAE British Schools Fight Back. A Le...
Read More
8405