Now Reading
All change. Getting into Top British Universities with GCSE and A Levels? Which Subjects now Really Count ……
NextPrev
Contents
405 9
0

All change. Getting into Top British Universities with GCSE and A Levels? Which Subjects now Really Count ……

In a change that we believe has been far too long in coming, the Russell Group of universities in the UK have finally scrapped their restrictive list of preferred (read “important”) subjects at A Level.

Eight years ago, the Russell Group published a very restricted list of “facilitating “subjects that they recommended students study to gain a place at one of their 24 universities:

In the process, they inhibited the decision-making of students wanting to pursue subjects that mattered to them – and industry. Schools started hacking, or diverting students from now less valued subjects.

Particular casualties were subjects in the Arts, Sport and broader cultural subjects these exact subjects, today, that are increasingly much more valued by companies like Google as the lifeblood of the creative mindset critical to the new economy.

The Russell Group in one fell swoop also arguably stigmatised the study of many subjects as “soft”, with repercussions leading to the currently limited EBacc subjects which today provide the core offer for most schools in the UAE at GCSE.

The Russell Group list too, we know from off-the-record conversations with a number of leading schools in the UAE, has also led some schools to actually justifying restricted A level curricular within their schools.

This has been particularly damaging when, for all the best intentions perhaps, school leadership has married the old Russell Group preferred subjects list with their own analysis of the best “third” A Level subjects to secure “easy” win high grades at A’ Level for their students.

The system has been leading learning, not a love of learning itself and the pathways many young men and women would have traveled, if permitted, thrown up by their own natural thirst for knowledge.

It’s worth putting up front details of the new, much better site, published by the Russell Group of universities today (23rd May 2019) for students, schools and parents to guide them now that the older anachronistic preferred subjects list has finally been shown the exit.

The new guidance allows students to search by the ideal subjects they would like to study at university to find out suggestions on the best fit – and also search simply by the areas they are most interested in and get suggestions for the degree courses that are likely to provide a good fit.

Whilst this guidance is particularly directed at students looking for places at Russell Group universities, this new approach is now much more broadly applicable and aligned to the demands of all British universities.

When, at SchoolsCompared.com, we evaluate schools for children, we always value those schools more highly which offer outstanding subject breadth. It’s an approach that has now proved justified with the announcement today by the Russell Group.

Schools with restrictive curricular inevitably cannot meet the needs of the broadest range of students because they have no choice but to push some students into studying one of more subjects in which they may have little interest or ability.

The fewer the subjects offered by a school, of course, the lower the costs to the school of employing specialist teachers.

But the school with a young man or woman interested in subjects like, for example, politics, economics, sport, psychology, sociology or philosophy, if it does not provide these options, is a school to some degree failing children. .

Our view is that parents need to ask, at the point their children join British schools, at however young an age, for a complete list of subjects offered at GCSE, A Level and BTEC.

The same also holds true of US, Canadian, IB and Indian schools.

In the case of schools offering a very large spectrum of subject choice, we believe this is far more indicative for parents of a school more likely to meet their individual child’s or children’s needs, than looking at reductive examination results and league tables which often completely skew parents view of the best options.

Choosing the wrong school for an individual child school is much more likely to result in unhappiness and an appalling waste of potential.

The net result, we hope, is that from today we will see a return to schools offering children choice in what they study – and students comfortable, and able, to follow study in subjects that are right for them.

Probably the most powerful justification used by schools offering restrictive curricular has today, finally, been stripped away.

What does choice mean in the best schools? We think it means a spectrum of subject and course choices, including BTEC (and later T levels), as well as subjects across the social sciences, Art and the Performing Arts.

Of course, there are still some careers, including medicine, which will generally still require core Sciences and Mathematics. Even here, however, a fourth A level in almost any non-related subject, or study for the EPQ, will arguably offer students the ability to stand-out.

In US and Canadian schools this means asking about breadth of Advanced Placement subject choice.

In Indian schools this means looking for schools that go beyond the basic and dominant offer of only Commerce or Science streams.

Until today, inexplicably, subjects ranging from Economics and Drama to Music and Dance, had been discarded by the Russell Group as not facilitating, and simply redundant. Today that is no longer the case.

The same holds true of the following subjects which are no longer rejected:

The test in future years will be to see that we no longer have subjects like Biology, Chemistry, Mathematics, Further Mathematics and Physics still making up almost half of accepted A levels at top universities.

As the new guidance makes clear, for English National Curriculum students – the third subject, at A Level, at the very least, should be left for the student to decide, and not dictated. And it may well be that this is the one subject that opens the doors to success for our children in their lives, and for their families, long after their school days become a distant memory.

Of course, in reality, the best UAE schools, today offering a broad curriculum, have already found, in practice, that facilitating subjects have never quite met the reality of the Russell Group dogma.

Often students sitting three so called facilitating subjects have actually found themselves accepted by fewer universities than those who have shown themselves open to intellectual curiosity, pursuing the winding paths of their own learning journeys and not following the crowd.

In reality, subjects like Economics, Politics and Law have proved much more valuable than the so called core subjects with Admissions Departments for students to access top universities – and Drama and Psychology, supposedly weaker “soft” or “professional” subjects, continue, in practice, to be the best kept secret for students seeking to increase their chances of accessing top courses in Law and Medicine respectively.

We hope too, that this more grown up, less systemically damaging advice from the Russell Group universities, will now open the doors for all UAE schools, and schools worldwide, to up their game and get our children, and their individual needs, put where they truly belong – at the absolute centre of everything that they do.

From today, the era of schools using the Russell Group as a justification for restrictive curricular is well and truly over.

Jon Westley
Jon Westley is the Editor of SchoolsCompared.com and WhichSchoolAdvisor.com UK. You can email him at jonathanwestley [at] schoolscompared.com
You might also like
Uncategorized
MORE
Read More
79 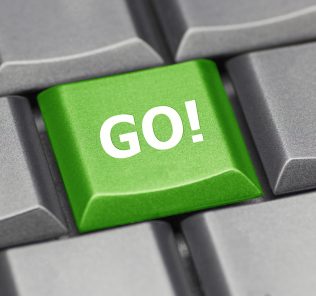 Must Read:The SchoolsCompared.com and WhichSchoolAdvisor.com Writing Competition! Write 500 Words for our Future, and Win!
Read More
1979 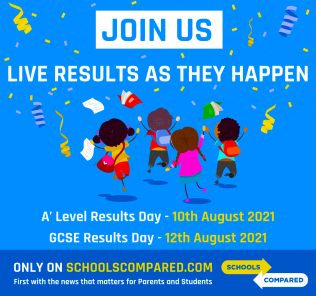 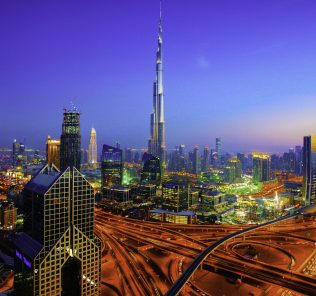 Must Read:Letter from the Editor. KHDA Powers strong note of confidence in UAE Education with New School Launches in Dubai R...
Read More
529 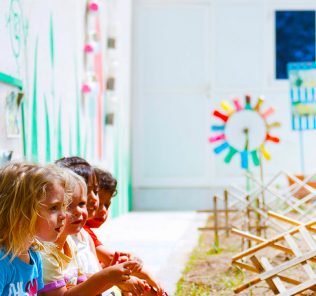 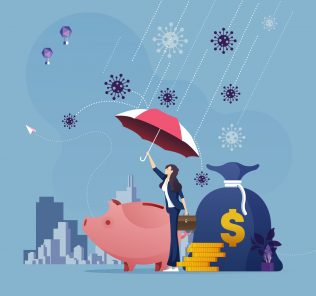 Must Read:Help! I cannot afford to pay my school fees! I am in trouble! What can I do…?
Read More
270 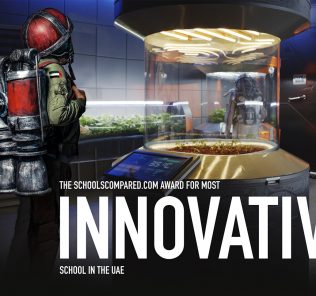 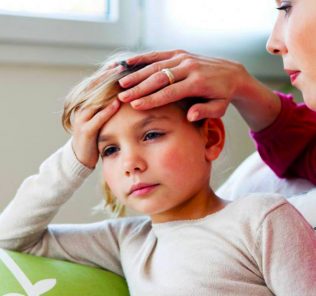 Must Read:Epilepsy in Children. The Schoolscompared.com Guide for Parents.
Read More
183 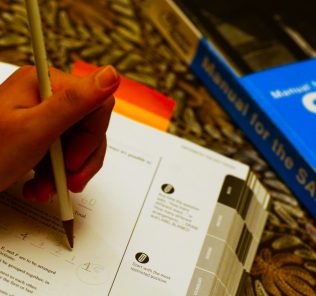 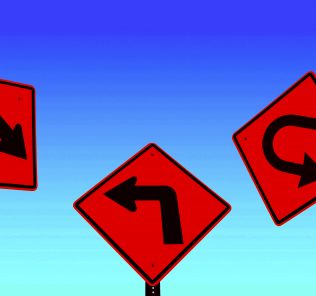 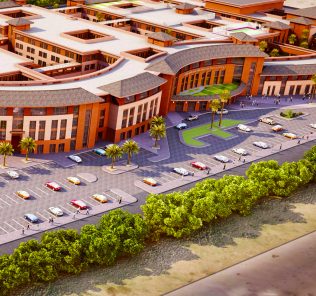 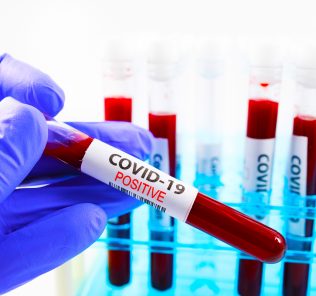 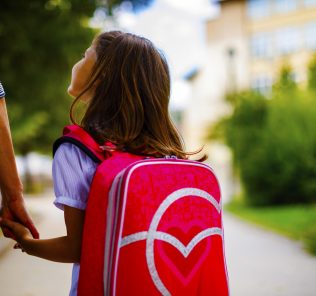 Must Read:When to Walk Away from a School – A Parent’s Guide to School Visits and Choosing the Right School
Read More
1234 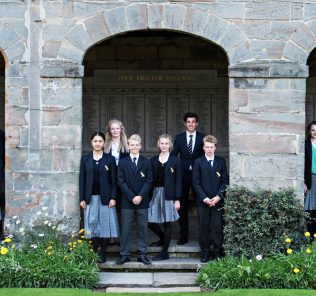 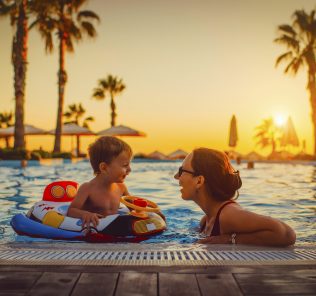 Must Read:All School Holidays in the UAE – Dates, Advice, Help! A Guide for Parents
Read More
138 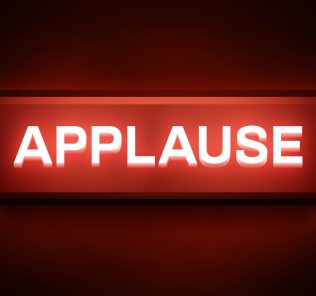