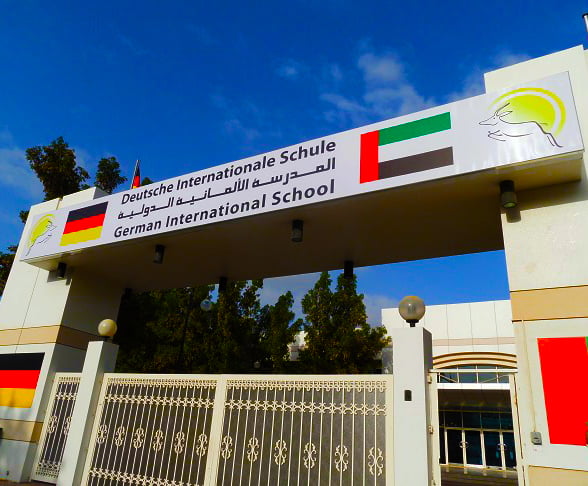 The German International School of Abu Dhabi [GISAD] was founded as “The German School Abu Dhabi” in 1976 by the STRABAG company.  The school started with just 16 students and 3 teachers. The school grew to educate 70 students by the late 1980’s, but during the Gulf War the school faced closure as numbers dropped to just 20 students. The school was kept alive by the dedication of a former English teacher, Maggie Topping, until 1990 when numbers started to pick up again and a new Principal was recruited. Ms Topping has become something of a hero to the German community in Abu Dhabi, eventually retiring in 2009 after more than 31 years at the school.

To ensure its survival thereafter the school was given land by Sheikh Zayed bin Sultan Al Nahyan, Founder of the UAE, with a peppercorn rent of just 18,000 AED per annum. In 2005 the first Emirati children joined the school’s Kindergarten. In 2006 the school was accredited as a German School Abroad by the Central Agency for Schools Abroad (Zentralstelle für das Auslandsschulwesen – ZfA). Pupil numbers increased to 138 students.

The school follows the Thuringian curriculum, developed after the reunification of Germany in 1990 to combine the best elements of the former German Democratic Republic [GDR] school system with the Bavarian school system. Early years learning is excellent; Friedrich Frobel is said to have invented the Kindergarten model in Thuringia in the 19th century. Primary education lasts four years. The Thuringia curriculum includes the ‘Grundschullehrplan’ for lower and middle primary and the ‘Realschullehrplan’ for upper primary. At the age of 10 (Year 5) pupils are streamed according to aptitude to proceed to either Gymnasium [Gymnasiallehrplan] or Regelschule graduation, the former leading to the Abitur exam. Students study together and independent learning is a significant (and necessary) feature of academic school life.

Das Abitur is awarded after Year 12 study after a student has completed the Gymnasium curriculum. The syllabus is highly academic and designed to prepare pupils for a university education. Any student with an “Abi” diploma is near guaranteed a place at a German University, although not the field of study.

Second foreign language study is mandatory from Grade 6. The school has received special dispensation from the German Government for Arabic to be taught to Emirati children rather than traditional French.

The school’s Headmistress, Doerte Christensen, has been Principal since August 2014 and was educated at The University of Göttingen where she received her Master in Education [Med]. The German government appoints and issues contracts to the Head and several key members of staff for a maximum of 8 years and the school is promised some continuity moving forward.

The school is fully inclusive. Requirements for admission are limited to a command of the German language (and free capacity in each class.) Children must be over the age of 6 until 01 September of the current calendar year to start school. This said, the school has no specialist facilities to educate children with Special Educational Needs – children are internally streamed according to ability and the system simply “works” in no small part because of the number and caliber of teaching staff. A selection test for children whose first language is not German (see EIP below) is the only compromise on inclusiveness and this is combined with an interview with parents to ensure that they will support the school and student on the long road to becoming proficient.

Emirati children on the programme (which include recipients of the school’s special Emirati bursaries) are particularly nurtured and given very high levels of support, in no small part because of the close relationship between the school and the Abu Dhabi government both historically and on-going. To some degree the school increasingly functions as a diplomatic link between German and Abu Dhabi governments. Since 2007-08 the school has employed a dedicated Integration Officer whose sole role is to look after the Emirati children.

On this note, ADEC draws particular praise for the way the school nurtures and cares for students awarding it an A2, Very Good rating – as close as it gets to Outstanding.

The German International School of Abu Dhabi [GISAD] however, in its combination of history, government links – and particularly its formidable and courageous Integration Programme with Emiratis represents pretty much the crown jewels of German curriculum provision in the Emirates.

Arguably, German children get as much, if not more, from the inclusion of the Emirati children in their school as locals – they bring life and culture to a school that already fires the imagination of its children.

The Thuringian curriculum is probably the most cohesive of the German programmes, facilities in the school (originally a government owned school) are high quality and teacher provision is numerous and expert. Beyond all this though, the pioneering hope-filled stories of an old English teacher fighting for the school’s survival against all the odds, combined with the strides and kindnesses of two governments pulling together over its 30 odd year history, give the German International School in Abu Dhabi a (very) special place in UAE education that you simply cannot find in newer schools however many their bells and whistles.

Private, for profit
(Fees subsidised by the German Government and bequests from the Abu Dhabi government)

Board of governors including representatives of German Government

• Prestige
• A school with history and meaning
• Pioneering, flagship Emirati bursary programme that sets the standard for the whole sector
• Top-tier German curriculum culminating in the Abi for academic children
• Subsidised, high value fees offering high parental ROI
• With on-going investment by the German and Abu Dhabi government, as near to a not-for-profit as it gets
• Tenure system offering teacher continuity
• High calibre teaching staff
• Roomy facilities – school has capacity to grow by 150 children and only just meet the capacity of the buildings
• Happy, compassionate children committed to the school

• The school should improve transparency for parents. The school currently provides no detailed academic performance data to enable parents to properly benchmark the school.

• The single German school option in the capital is one that delivers on all its promise. Recommended.

B+
Our Rating
C+
User Rating
You have rated this
like
Is this school on your shortlist?
Top of shortlist
0%
In my Top 5
33%
Shortlisted
33%
A possibility
0%
Pass
0%
No way
33%
Posted In
Abu Dhabi, Abu Dhabi Through, All Through, German, Good, Mid-Range
Tags
Swiss International Scientific School
Swiss International Scientific School
About The Author

Jon Westley
Jon Westley is the Editor of SchoolsCompared.com and WhichSchoolAdvisor.com UK. You can email him at jonathanwestley [at] schoolscompared.com
You might also like
Swiss International Scientific SchoolAll Through
MORE
Read More
300 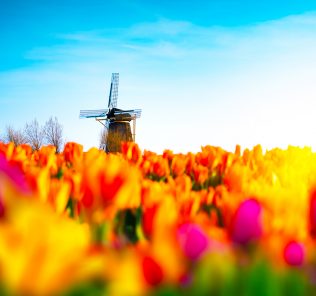 Must Read:Stories from the Edge of the Future. A Guide to Applying for University. Student Voices Series. Swiss International S...
Read More
474 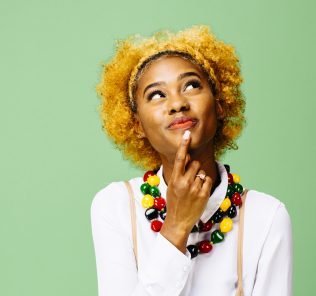 Must Read:How on Earth are Parents supposed to Work Out Which School is Best for their Child during a Pandemic? Swiss Internati...
Read More
5520 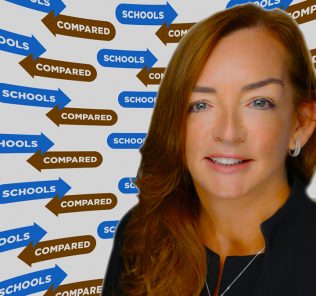 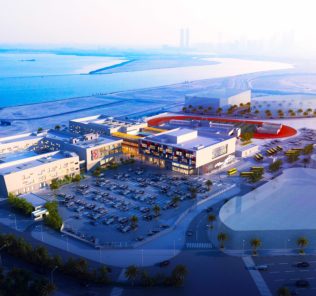