Must Read:Right to Reply: A Levels Versus IB Qualifications? “Bombast”, ...

Must Read:Covid 19. Caring for the Emotional Well Being and Mental Health of Our Childr... 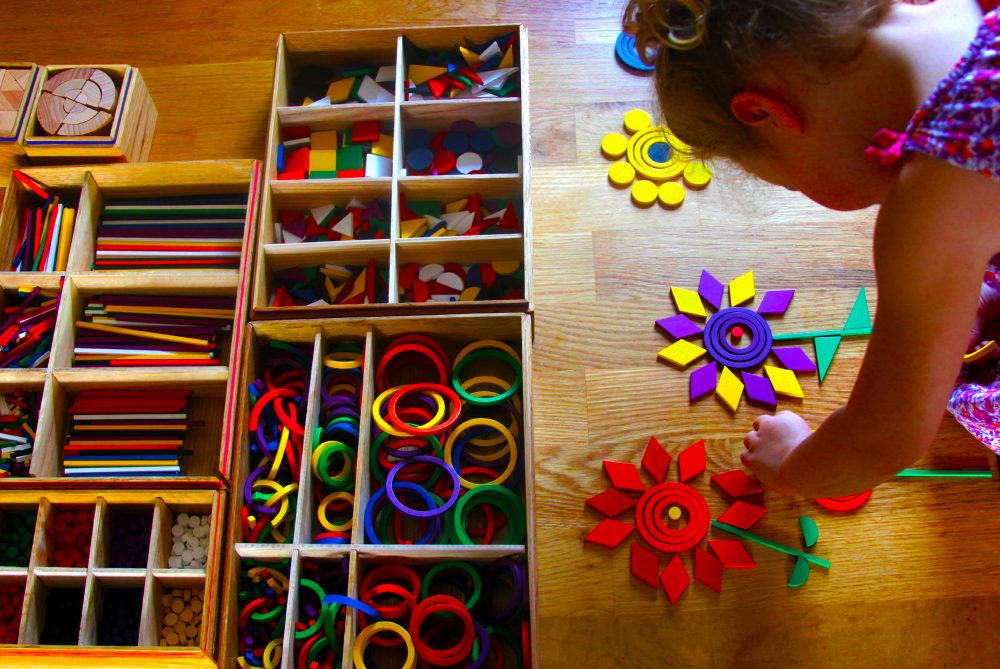 Prospective parents should note that this review should ideally be read in conjunction with our Pre-school Montessori Curriculum Guide which also covers the standards parents must expect from all pre-school provision in the Emirates. Our guide can be found here.

As a rule, reviewing Montessori schools is difficult because any school can use the Montessori brand at will – and claim a Montessori curriculum. The reality in practice is the claims do not match the reality. More often, Montessori is watered down or joined with other curricular approaches in something of a “pick and mix” leaving parents very little means to benchmark provision – and in the worst cases not getting what they are promised.

The Gulf Montessori Nursery in Dubai does not present these difficulties because its teachers are properly accredited and Montessori qualified, the school is very clearly designed to meet Montessori standards and, as importantly the school Principal, Hala Roumani, is one of the most qualified and experienced Montessori professionals in the Emirates.

Mrs Roumani is a qualified MCI Montessori trainer, has a Masters in Early Education (MEd) and her paper on the negative impacts that result from the widespread use in the Gulf of housemaids to replace qualified pre-schooling (or direct parenting) has had far reaching impacts. More importantly, through Gulf Montessori, she played a pivotal role in the preparation of the National Childcare Standards that now underpin KHDA requirements of pre-school education across the Emirate. Mrs Roumani has more than 3 decade’s direct experience in Montessori education, 25 of which in positions of leadership. She has direct teaching experience drawn from her role in developing the Arabic curriculum at the King Fahad Academy and Nursery in London and as a teacher of Arabic at the junior school of the New English School of Kuwait.

Independent feedback to our sister site, whichschooladvisor, has been uniformly positive.

So what can parents expect? Positives abound.

First, Gulf Montessori is a tri-lingual school (French, English and Arabic). The benefits of this cannot be under-estimated for the development of children’s language skills. We would have ideally liked to have seen both French and UK nationals recruited to her teaching team to strengthen this, but it is likely that she has calculated that the knock-on impact on fees required to pay higher salaries would have knock-on impacts on affordability.

As it stands, fees are premium, fixed at 40,000AED for each of the three years of provision (for children between 18 months and 5 years), although these include all costs except uniform and extra Summer schools. The simple fee structure – one that does not hide costs, is rare in the Emirates and deserving of particular praise. Fees cover the whole academic year. Children are taught in a 3-hour block followed by lunch. Children attend school five days a week from 8:00am to 1:30pm.

Second, as above, teaching staff at Gulf Montessori are some of the best qualified of any nursery in Dubai. This should not be surprising. The school is integral to Gulf Montessori which provides training for Montessori teachers across the Gulf – and works closely with the KHDA in teacher training programmes more widely across schools in the Emirate. It is worth noting, on this point, that highly qualified teaching staff at pre-school level is the exception rather than the rule across schools in Dubai. The teacher:child ratio is 1:4 dependent on activity – this exceptional given KHDA requirements of a ratio of 1:8 for children between 2 and 4 years. All 10 core teaching staff are fully qualified Montessori teachers.

Third, school and classroom design is firmly aligned with Montessori values. In a Dubai school landscape increasingly defined by bells and whistles, and given the historical background of the villa schools closure programmes, some parents may be wary arriving at the converted traditional two story villa that provides the school’s home. But they should not be dissuaded. In fact, arguably the old building perfectly meets the original ideals of the Montessori foundations upon which its education is provided. Hugely warm in atmosphere, on entering the classrooms it is clear you are in a genuine Montessori school. Tables and furniture are mapped in scale to children, layout is spacious and organised and the walls are dominated by an array of genuine (Spielgaben?) Montessori toys that provide the focus for each child’s journey.

Teaching takes place in two large classrooms on the ground and first floor, each with access to its own bathroom facilities. Capacity of each is capped at 35 children. Outside space is provided in a large garden with free flow access from the ground floor. The ground floor provides care and education for the younger children from 18 months to 4 years of age and the first floor houses the 3 to 5 year olds. As with all Montessori schools, children are educated in mixed age groups, although the overlap in ages enables the school to focus on the gifts of each child at their stage of development. The school is non-selective and the Montessori curriculum is well suited to children identified with Special Educational Needs [SEN].

Fourth, Gulf Montessori is one of the few pre-schools in Dubai independently audited and accredited, in this case by the Montessori Evaluation and Accreditation Board, UK [MEAB]. The school is rated “Excellent”, MEAB’s highest award, and relationships between students and teachers “exemplary.” The latest inspection can be found at the end of this review.

Fifth, whilst we would classify Gulf Montessori as a pure Montessori school, it does encourage both children’s reading and, as part of its on-going teacher development programmes, engages with alternative progressive curricular including Reggio Emilia. One traditional concern with traditional Montessori has been its de-prioritisation of reading and this is not the case with Gulf Montessori. Many prospective parents, we feel, will appreciate the focus on reading as part of its curriculum approach. Core Montessori subject focus is in the areas of life skills, math reading, language and art, these explored through activities of everyday living, sensorial education, literacy and numeracy.

Bottom line? A progressive pre-school education is radical. The whole approach inverts the traditional pre-school model (and one that is standard in Dubai’s all-through schools) which places the teacher in an authoritative position educating children according to a prescribed curriculum from the front of the class. Instead, in Montessori, the approach is to leave children to their own journeys of discovery, teachers intervening only on a “follow the child” basis where and when absolutely required.

There are so many benefits that stem from this in building each child’s analytical skills, letting development take place at a pace suited to each child, inspiring their creativity, self-discipline and independence – and building skills in socialising across ages. But, there are trade-offs, particularly in the culture shock many children will face when they are confronted with the traditional school environment of later schooling.

So the choice of Montessori, or any of the progressive curricular, is a really difficult one for parents. Sometimes there is a perception that pre-school is pre-school, that they are all the same. For parents facing the choice, our Curriculum Guides will hopefully shine a light on the options. What we can say with certainty, this notwithstanding, is that for parents set on a Montessori pre-school education, Gulf Montessori comes highly recommended. Very. It is just a shame that there are so few places….

gulf-montessori-inspection-2015
Go to the FULL REVIEW on WhichSchoolAdvisor.com
Details to consider
Type of school

NA - The Montessori curriculum rejects examinations and testing as harmful to a child's development.
Notes
(1) The school is accredited by the Montessori Evaluation and Accreditation Board (MEAB), UK

• Limited places
• Progressive education can present a culture shock to children joining all-through traditional schooling
• For some parents a more traditional education focused on the “3 Rs” [Reading, writing and arithmetic) will be sit more easily
• We would ideally have liked to see British and French teachers amongst faculty
• Web site does not effectively represent the quality of this school

Arguably a benchmark for Montessori pre-school education in the Emirates.

Jon Westley
Jon Westley is the Editor of SchoolsCompared.com and WhichSchoolAdvisor.com UK. You can email him at jonathanwestley [at] schoolscompared.com
You might also like
Al GarhoudMontessoriPremium
MORE
Read More
7019 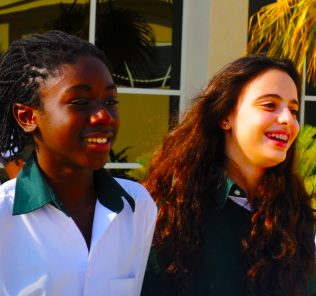 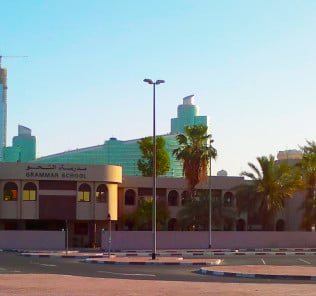 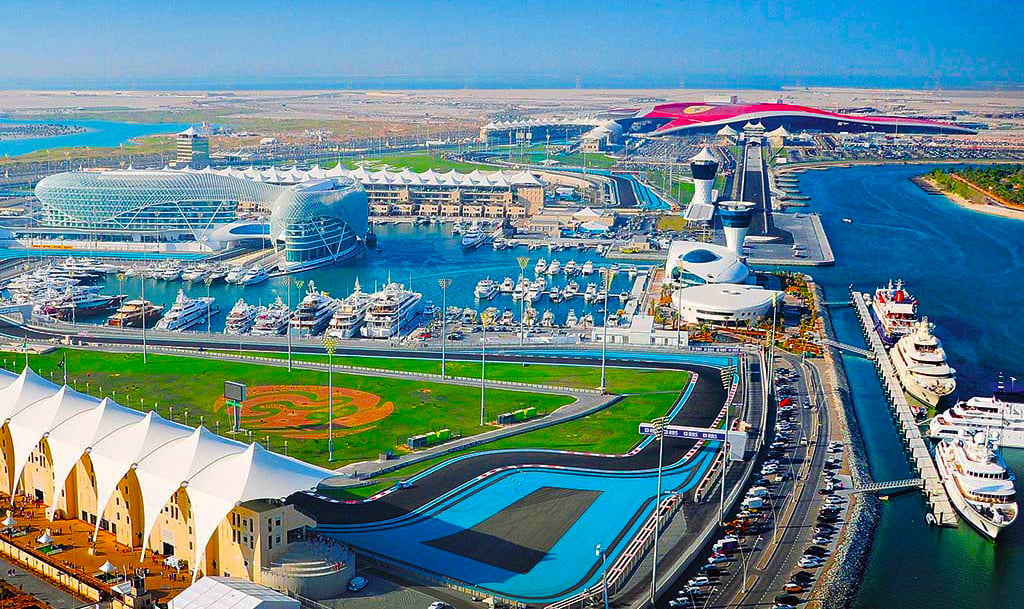