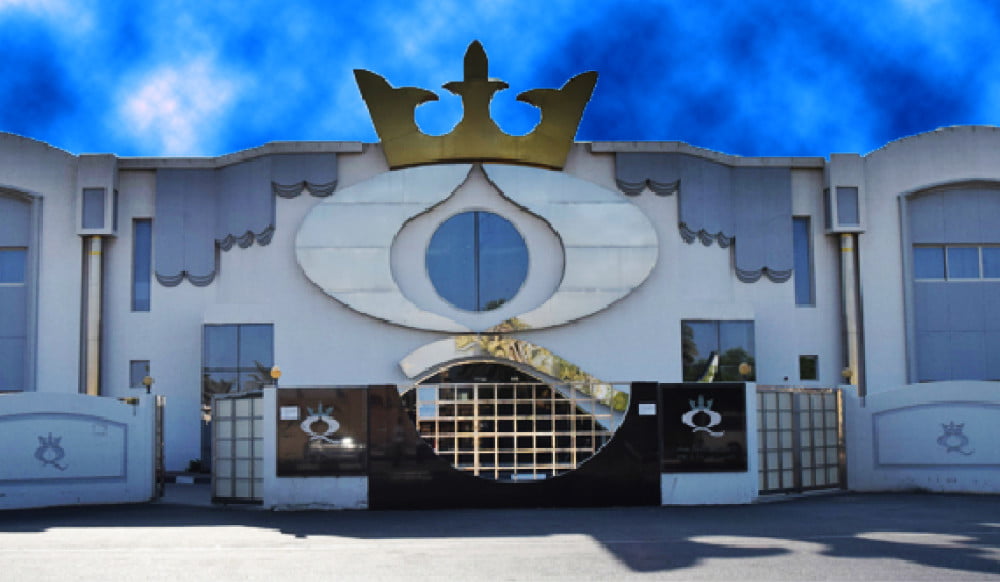 The biggest statement made by Queen International School is found in its (arguably) gaudy front building design. Whilst not to all tastes, at least it says something about the school. Elsewhere the provision of public information is wholly inadequate, failing accepted standards of school communication significantly, leaving prospective parents with little on which to base a decision or otherwise to shortlist the school.

The majority of links on the school’s web site lead nowhere, what little information there is dates from 2014, updated information links to a discipline policy advising parents of a newly strengthened school approach to unacceptable student behaviour and even the required KHDA link leads generically to the KHDA rather than to its individual school report.

Other information is so vague as to be meaningless.

Queens International publishes no information on examination results, or subjects offered at either (I)GCSE or AS Level. The best that can be said is that the web site is written in clear English.

To try and pull together a picture of the school for prospective parents is difficult. Key pointers are as follows.

From FS2 children must achieve a 60% pass in entrance examinations in English, mathematics and Arabic, this extending from Grade 8 to examinations in every subject a child wishes to study.

Regardless of any school’s reputation parents should always look to the best fit of any school for their child(ren). An academically selective school offering very limited Special Educational Needs provision, or pursuing a curriculum at a pace too quick for less able children, (both of which are the case with Queen International), risk failing children who do not match the pace of their peers.

Arguably this is the single biggest failing of the school, and why the KHDA grades the school as only “Acceptable”. According to its inspectors: “The curriculum did not meet the needs of all students. The school had not made systematic or sufficient modifications to cater for the needs of groups of students, especially those with special educational needs, low attaining students or children following the Early Years Foundation Stage curriculum.”

The KHDA identify Special Educational Needs provision in the school as “unsatisfactory”.

To some degree this is explained by the value fees. It is much easier for a selective school to deliver academic results if it recruits only the most naturally academic children. A school able to meet the needs of mixed ability students, however, and particularly more vulnerable, less able students and/or those with Special Educational Needs [SEN], requires significant investment in staff and experienced, highly qualified teachers.

It is noteworthy that Queen International has consistently in school inspections been upbraided for its FS provision, something it has been unable to rectify. This is particularly weak in Science and Mathematics.

In addition, KHDA inspectors found that whilst the school is based on the English National Curriculum, it was “not being implemented in a manner which fully meets the school’s current needs”:

This is clarified further when Inspectors note: “The curriculum was significantly influenced by textbooks.”

Furthermore, in an area in which even weak schools tend to score highly, Queen students score poorly in community responsibility – an area in which Inspectors dig into how well a school encourages children to think beyond the walls of their school and develop a sense of moral compass and responsibility. It is a key indicator of how well a school develops the whole child. In this area Inspectors note that:

“Insufficient consideration was given in planning to diversify and enrich students’ experiences….[s]tudents understood their roles as members of the school community but were not sufficiently involved in projects to help and support members of their local or wider community… they rarely took the initiative or made independent decisions…. they did not contribute sufficiently to school initiatives that could impact on an improved local or global environment.”

Taken together, however well some students perform later in examinations, that comes at quite a price. Text books have a place in education but the best schools bring the classroom to life with questions and engagement in and outside the school’s walls and inspire children to think for themselves.

The school advertises its facilities as consisting of an IT Lab, a Science Lab and “Health”.

The school advises parents that it has extensive IT facilities including videotapes and audio cassettes, both of which are practically redundant. The Health facility consists of an advice sheet for parents. The labs section, does evidence clear investment in Science (backed up by strong performance in examinations) – but the school certainly does not sell itself or provide anywhere near a level of information required by prospective parents – or indeed, as importantly, one able to inspire existing students at the school.

Notwithstanding the above, the school goes much further than other comparatively weak schools in scoring at an outstanding level in key areas. Post 16 AS level performance in Science and mathematics is graded “Outstanding” (English is not taught beyond (I)GCSE) as are elements of secondary school provision in Science, mathematics and English.

It is also worth noting that Queen International achieves a Good rating in Arabic language provision for both native and non-native language learners. Again, this is exceptionally good and consistent scoring compared with other broadly comparative schools.

In every key indicator of leadership and management the school only manages an Acceptable rating, the lowest possible scoring awarded by the KHDA before a school is placed in special measures.

In summary, Queen International is a very difficult school to review for prospective parents. WSA feedback from parents is limited and mixed but what stands out is that Queen International fails – and badly – in very important areas, yet punches above its weight – and significantly – in others.

Reading between the lines, the strong implication is of a school teaching by rote, with children fixated on learning facts from textbooks and not given the opportunity to develop an individual voice.

But, some children clearly get the results … For others, particularly parents of less academic children, or those with children who have special educational needs, as it stands, this is not a school we can recommend. Prospective parents are encouraged to speak with other parents and visit the school before investing in the costs of a formal application.

GCE AS Levels ONLY

Not published
Note:
(1) AS subject provision is extremely limited
(2) English is not taught beyond (I)GCSE
(3) AS level provision is provided in mathematics and science

AS results are not published

AS results are not published

75%
Note:
(1) 50% for community and environmental responsibility

• Poor facilities
• Weak curriculum provision
• A school that is failing less able children and those with Special Education Needs
• An education focused on text books and a restrictive view of learning
• Facilities include videotape and cassette recorders, both of which are archaic and no longer manufactured
• School leadership is rated as just adequate
• Whole child provision is weak
• School is not transparent and does not provide a meaningful level of information for prospective parents

Must Read:Open Letter from the Editor. How to Manage Exam Results and Grades for Children in the Year of Coronavirus Covid-19.
Read More
10765