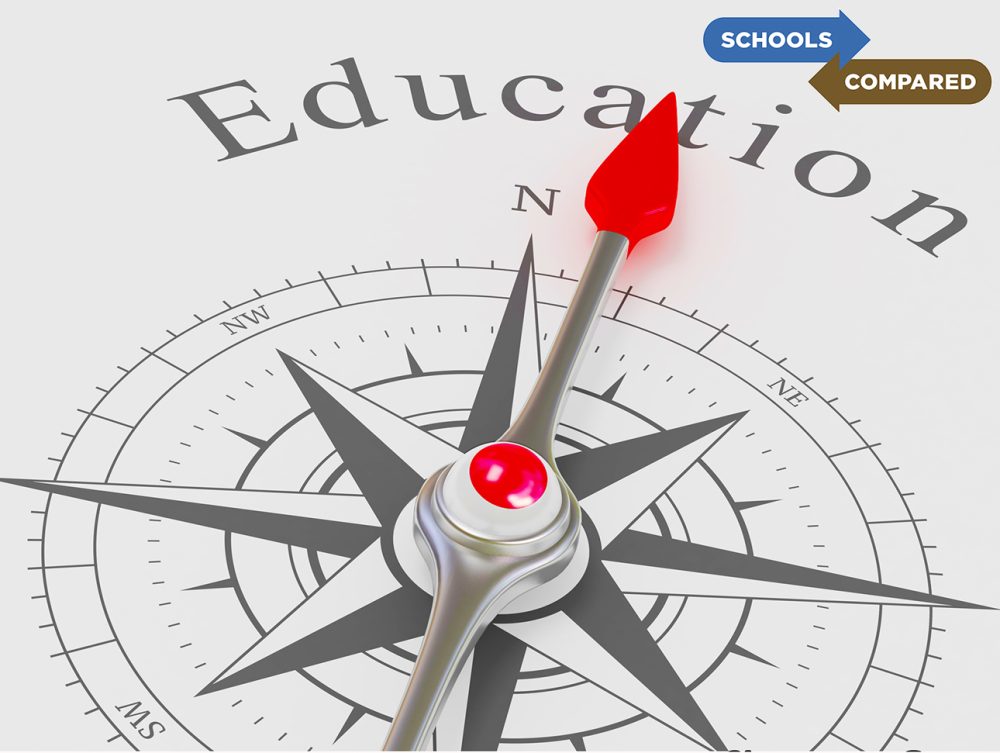 Every Thursday we bring you The School Report UAE – the latest stories in education in the UAE and around the world in the last 7 days. Here’s what’s been happening this week… 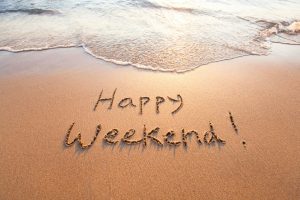 By far the biggest story this week has been the news that the UAE will now adopt a 4.5 day working week, while also shifting its weekend to be across Saturday and Sunday, instead of Friday and Saturday, so as to align better with global markets.

In a politically, socially and economically radical move of global importance, the UAE has become the first country in the world to officially introduce a working week shorter than the traditional five-day working week.

The extra half day off on Friday will allow resident to attend Friday prayers, while also boosting employee wellbeing and morale. Find out all the latest details. 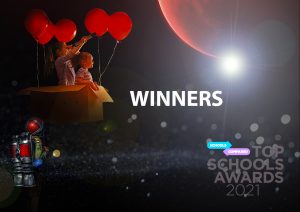 The Awards, described as the “Oscars” in UAE education, attracted more than 7,000 individual nominations from UAE parents, students, teachers and educationalists across 29 categories.

The nominations were rigorously reviewed in collaboration with 25 education experts, using parent and student feedback data compiled from information presented directly by schools as well as from the UAE’s most comprehensive, subscription-only statistical and analytic educational database, EdstaticaTM.

The final winners were voted for by a panel of independent educational consultants, based on a more than two-hundred page document produced by the Editorial Board of The Top Schools Awards, comprising journalists, educationalists and experts.

Find out which UAE schools won the award for happiest school, best school for sport, best primary school and much more… 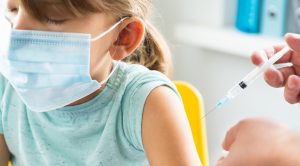 Schools in Abu Dhabi will host a week-long vaccination drive against Covid-19 from Sunday.

Abu Dhabi Department of Education and Knowledge sent a text alert to parents on Tuesday to inform them that children can be immunised during the final week of term.

The emirate’s private education regulator urged parents to get in touch with their children’s school for more information.

“In response to your interest in safeguarding the school community, we are happy to inform you that we have arranged an in-school Covid-19 vaccination drive during the period 5-9 December for [pupils], in partnership with Health Authorities and Seha,” the text message said.

“We advise you to make use of this priority service prior to the winter break.” 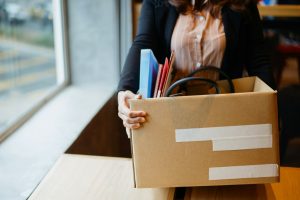 Headteachers in the UK are leaving their jobs following “intimidating” behaviour from inspectors employed by Ofsted, the authority that regulates UK schools.

The teachers say inspectors are ignoring or dismissing the harsh realities of Covid in schools, and the headteachers are sharing stories of “brutal” inspections on social media. Many admit they simply aren’t able to cope with the dread of Ofsted arriving, when their school is already in crisis mode due to the pandemic. Some have resigned. Experts say many more will follow. Read more. 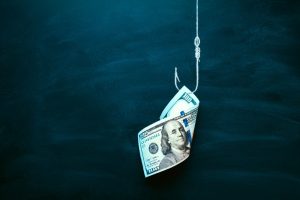 New Teacher scam tricks one duped candidate out of USD2,125

Which School Advisor has reported on a new series of teacher-job scams scourging the internet, with one teacher admitting they already paid USD2,125 for a visa that will never be issued, for a job in a school that does not exist. The scammers set up websites about fake schools or universities claiming to be in the UAE, and then entice prospective teachers to pay up for purported visas and other documentation with the promise of an attractive salary. Read more about the latest scams doing the rounds… 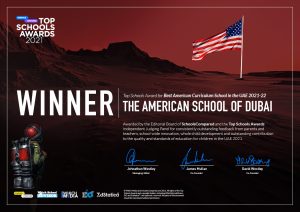 American School of Dubai crowned ‘Best School in the UAE’

The American School of Dubai was crowned overall winner in the SchoolsCompared.com Top School Awards, reports The National. Organisers received more than 7,000 nominations from parents, pupils, teachers and educators in the country across dozens of categories. The nominations were reviewed in collaboration with 25 education experts, with the final winners being voted for by a panel of independent educational consultants. The awards were arranged by education ranking website SchoolsCompared.com. Find out more. 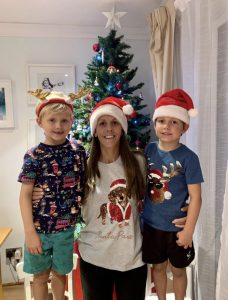 The World Health Organisation’s (WHO) announcement of the new Omicron COVID variant of concern on November 26 2021 has led to a Groundhog-Day-style revisit of all the anxieties, worries and powerlessness that first swept over UAE parents in early 2020 as the radical reality of the pandemic began to emerge. With UAE authorities warning against the dangers of nonessential travel, UAE parents share their worries with Schoolscompared.com. 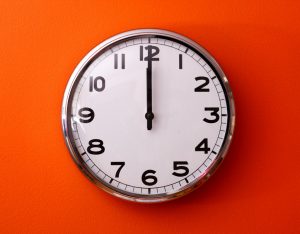 Dubai schools must close before 12pm on Fridays from 2022

Dubai’s education regulator has sent a circular to school principals, notifying them about the change in the UAE’s work week and weekends, starting from January 1, 2022. The Knowledge and Human Development Authority (KHDA) circular notifies educators about the UAE’s adoption of a four-and-half-day work week, with Saturday, Sunday and Friday half-day forming the new weekend. Accordingly, private schools in Dubai will begin the week on Mondays. Classes on Fridays should not go beyond 12pm. Since Friday sermons and prayers will be hosted after 1.15pm on Fridays, Muslim students will be able to attend the congregational prayer after school. They will enjoy the rest of the day off, along with Saturday and Sunday. Read more 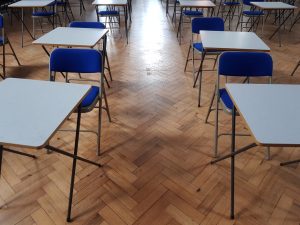 Half of parents find exams unfair and demoralising

Exams are “damaging and demoralising” for pupils, according to parents in Scotland, who have put more pressure on the political parties to overhaul the curriculum. Half of parents told a survey by the parent network Connect that exams taken under time pressure and marked by an external body were unfair. More than 60 per cent backed a move to continuous assessment, to move to a more even mix of exams and continuous assessment. Read more. 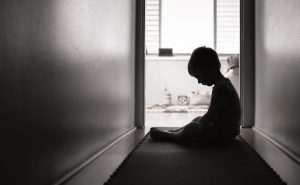 More than 850 calls, many alleging sexual abuse and harassment in schools, have been made to a national helpline set up after the Everyone’s Invited website revealed widespread sexism, misogyny and abuse in education.

The incidents reported include sexual name-calling, unwanted sexual touching, sexual assault and rape by other pupils, as well as online abuse such as sharing nude images without consent.

The Report Abuse in Education helpline, funded by the Department for Education, was launched after thousands of anonymous testimonies of sexual abuse and harassment, mostly perpetrated by other young people, were posted on the Everyone’s Invited site. There are now more than 50,000 testimonies on the website.

The helpline was launched in April and was due to run until the end of December, but the time limit has been extended in response to continuing demand. It will continue to operate “for the foreseeable future”, according to the NSPCC children’s charity, which runs the helpline. Read more.

Tabitha Barda
Tabitha Barda is the Senior Editor of SchoolsCompared.com. Oxbridge educated and an award winning journalist in the UAE for more than a decade, Tabitha is one of the region's shining lights in all that is education in the emirates. A mum herself, she is passionate about helping parents - and finding the stories in education that deserve telling. She is responsible for the busy 24x7 News Desk, our Advisory Boards and Specialist Panels - and SchoolsCompared.com's The School's Report - the global weekly round up of what matters in education for parents which is published every Friday, reviewing schools across the UAE - and features on issues that really matter.
You might also like
education newsLatest NewsSchools reportTop Schools AwardsWorking WeekThe Schools Report
MORE
Read More
525

Must Read:Get up to Speed with The SCHOOLS REPORT UAE: WHAT MADE THE NEWS FOR SCHOOLS, PARENTS AND STUDENTS IN EDUCATION THIS W...
Read More
289

Must Read:Schools Report UAE: What made the news for schools, parents and students in education this week?
Comments
Leave a response

UAE weekend change and Shorter Working Week: How it affects schools, parents ...
Next