Must Read:Outstanding schools say a resolute “No!” to the Industrial Sausag...

Must Read:Cognita Cements Presence with Second School Acquisition in the Heart of Arabi...

Must Read:Letter from the Editor. The Death of the Gold Standard A Level? Why Abolishin...

Letter from the Editor. The Death of the Gold Standard A Level? Why Abolishing BTEC Qualifications is a (Very) Bad Idea.

by Jon WestleySeptember 6, 2021
News
Now Reading
Letter from the Editor. The Death of the Gold Standard A Level? Why Abolishing BTEC Qualifications is a (Very) Bad Idea.
NextPrev
Contents
522 13
0 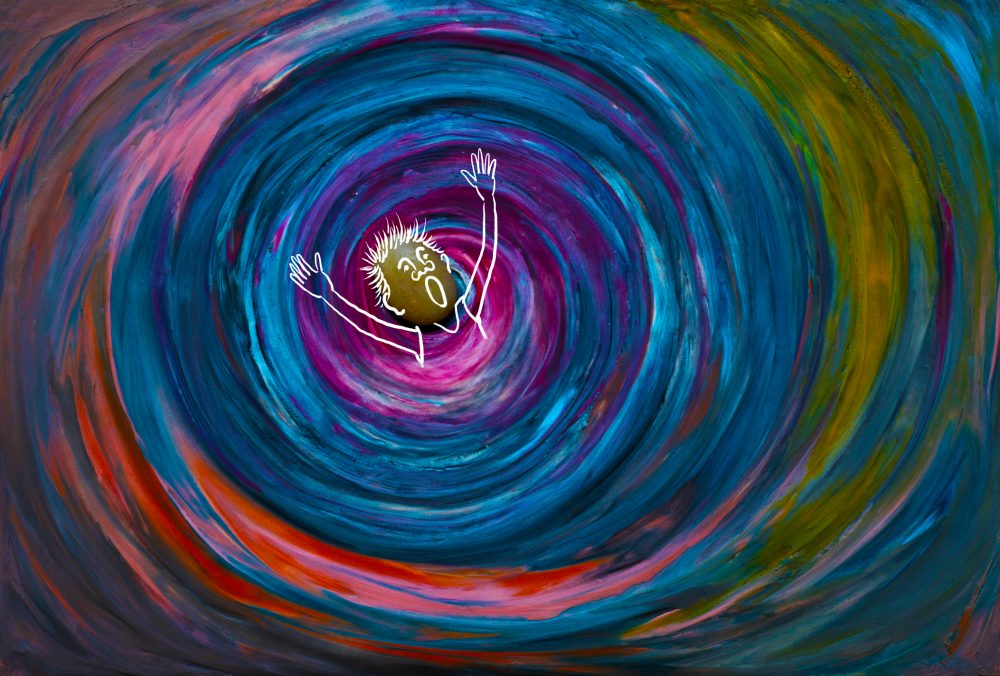 Background: Letter from the Editor. Why Abolishing BTEC Qualifications is a Very Bad Idea.

The mooted abolition of BTEC qualifications by the backdoor to strengthen the new T Level qualification we think could spectacularly misfire. Mooted changes by the UK government could see a double whammy of loss of funding and so credibility to study of BTEC – speeding up the qualification’s demise over the next five years. The damage could come much more swiftly if the UK government does not backtrack as already schools are inevitably considering the viability of launching a qualification that could, worst case, now be in its last throes. No one wants to back a losing horse…..

So what is the background to the story that has seen the education press globally on fire this week?

Essentially, the story revolves around T Levels. In launching T Levels, the UK government, quite correctly, wanted to strengthen technical stream education to the point at which it could compete on the same playing field as A’ Levels. It is absolutely right, surely, that technical and academic qualifications should carry the same weight and prestige – and, if all goes to plan, the aim of T Levels is that there will be two gold standards in global education: The A’ Level, based on academic subjects, and T Levels, based on technical subjects.

Even when first mooted, however, the big question was whether T Levels would simply be a re-brand of existing BTEC qualifications.

T Levels, in this view, would effectively be BTEC Level 3 qualifications in all but name. On this understanding of what the British government was up to, the aim was only to strengthen the profile and prestige of technical and vocational qualifications. For many, the driver too was to undo the impact of the British government’s choice to make university study all but expected for students (rather than students historically being able to leave school for a career from 16 years).

Whether driven by the need to massage the unemployment figures (students do not appear as statistically unemployed), or whether driven by a genuine belief in democratising higher education, the move has worked. Today around 3 million students are studying qualifications in higher education. By universalising the expectation that a majority of students would enter higher education, the result has been that university today is far less, as it was, about a focus on academic students, than extending the educational opportunities of the majority. Years of snobbery about technical study (in no small part based on the now long-distant separation of polytechnics and universities), arguably resulted in a rush for academic study that simply did not fit the needs or ambitions of students whose primary ambition was a rapid track route into work.

Currently even the planned subject breadth of T Level courses is feeble. Only 20 subjects areas are being mooted – and many of these are not even due for introduction until 2023. Compare this with BTEC which offers students a choice of more than 2000 qualifications.

So too, BTEC, after a long battle of hearts , minds and prejudice, has proven itself to be nimble and highly responsive to the needs of the market (and as important, the needs and ambitions of students). We reported earlier this year on the decision of GEMS FirstPoint School to introduce new BTEC qualifications in Games and E-sports – both fast-moving billion dollar industries. You can read about this here. Arguably too, today BTEC has, in fact, evolved to develop just the sort of prestige and adaptability that the T Level qualification sought to shower on technical stream subjects. Many argue that T Levels are solving a problems that has, as a result, already been solved. Look no further, defenders of BTEC argue, that the International Baccalaureate Career-related Programme, a qualification that in 95% plus of cases builds itself around BTEC. For many, the Career-related Programme is the unsung hero of an IB education and arguably a more formidable qualification that its better known Diploma compatriot.

But is there more going on here than meets the eye? For many, the move to marketize all higher education qualifications is the real story. Many argue that, in fact, what is taking place is a slash and burn of technical and academic options for students – with only those subject areas that definitively lead to quick employment, or at least the types of employment the UK government sees as worthy, as having a real place in the future of education.

The impact of what is being decided on BTEC, if the worst is to be believed, will have impacts on all students.

Many will remember the famous BT adverts that played on social questions of the value of “ology” subjects against the more meaningful traditional “true” academic subjects. Whilst amusing, the targeting of a practical subject (pottery) and a genuinely academic and respected, but misunderstood, social science, Sociology, captured the growing pressures and zeitgeist even then to restricting subject choice to only “real” subjects and laughing at second rate also-ran subjects studied by supposed morons who could do no better.

The result of the questioning of BTEC’s and proliferation of academic subject choice in favour of new fangled T Levels arguably risks undoing all the many years in which the damage caused by this approach has been rightfully assigned to the scrap heap of prejudice that defines it. Looking at the 20 subject areas being pushed in the new T Levels, what is striking is that many cannot even be taught in schools, with infrastructure requirements that are likely to be affordable by Colleges of Further Education. It’s also clear, that the UK government is setting up a matrix of the career paths it believes have value – students and teachers wishes be damned.  And where BTEC has evolved to be international in outlook, arguably the T Level roster of subjects being offered looks remarkably restrained, conservative, prejudiced and inward-looking. Surely we should expect more than a move that already critics are pointing out will hit, internationalism, ethnic and disabled students particularly harshly.

It is early days, but the UK government seems set on defunding BTEC significantly. The risk is that it will be the very thin edge of a wedge. The claim may be that the intention, by 2023,  is only the removal of funding for the “majority” of qualifications that “overlap” with A-levels and T Levels, but the damage to the credibility of BTEC could swiftly downwardly spiral into something much worse.

Since first publishing this article, a strong intervention has been made by EDSK arguing that A Levels, BTECs and T Levels should all be abolished and all rolled into a new British Baccalaureate. All students would receive an equally valued qualification in which the types of subjects studied would make no difference to the final Baccalaureate qualification awarded and its grade. Any remaining discounting of technical education would be finally removed from British education. It’s a clever idea and the logic would equally work in abolishing both the IB Career Programme and Diploma and rolling all subjects together into a single IB Baccalaureate.


We think that the gains made with BTEC are too important and precious to squander.

By all means develop T Levels as the most direct form of access to employment keeping BTECs intact – but if you are going to risk BTEC, T Levels need to effectively replicate BTEC, not kill it, and the ambition will need to grow to deliver that. Alternatively, the development of an all new definitive British Baccalaureate would solve the entire problem in one clear sweep.

Are we ready yet to abandon the holy grail of A Levels? Is it, could it, just be possible that the A Level qualification has had its day? Or should do?

The UK government, in our view, needs to go back to the drawing board – if that even exists in its seemingly hugely restrictive view of what matters, or should mater, in 21st century education.

Posted In
BTEC and T Levels, Letters from the Editor, News, T Levels
Tags
About The Author

Jon Westley
Jon Westley is the Editor of SchoolsCompared.com and WhichSchoolAdvisor.com UK. You can email him at jonathanwestley [at] schoolscompared.com
You might also like
BTEC and T LevelsLetters from the EditorNews
MORE
Read More
345 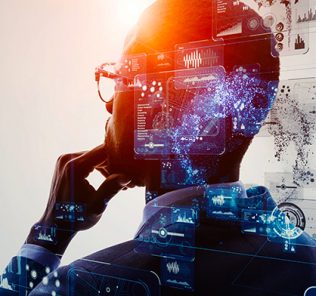 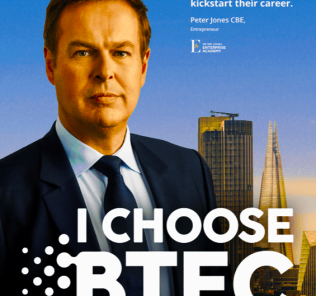 Must Read:GEMS Announces Major Investment in BTEC Across Top Schools as A* Alternative to A Levels for Students
Comments
Leave a response

UAE A LEVEL and BTEC RESULTS 2021. The Full Story.
Next

UAE A LEVEL and BTEC RESULTS 2021. The Full Story.

Must Read:Letter from the Editor. The Death of the Gold Standard A Level? Why Abolishin...

Must Read:Bridging the World with Values *** that Matter***. Royal Grammar School Guild...

Must Read:Stop putting children in boxes. Post-16 Choice of Subjects and Pathways is th...

Must Read:Outstanding schools say a resolute “No!” to the Industrial Sausag...

Must Read:Cognita Cements Presence with Second School Acquisition in the Heart of Arabi...
Compare
Go
×