Must Read:What Grade will I get for my GCSE AS or A Level? Teachers and Schools to Dec...

Must Read:Blanket Ban on Sport in Dubai and Sharjah To Fight Back Against Coronavirus C...
TRENDING
Guides
Area
Curricula
School Rating
Pricing
All Through
Dubai Through

Must Read:Parents Should Pay Fees if Schools are to Survive Beyond Covid 19. Dr. Natash... 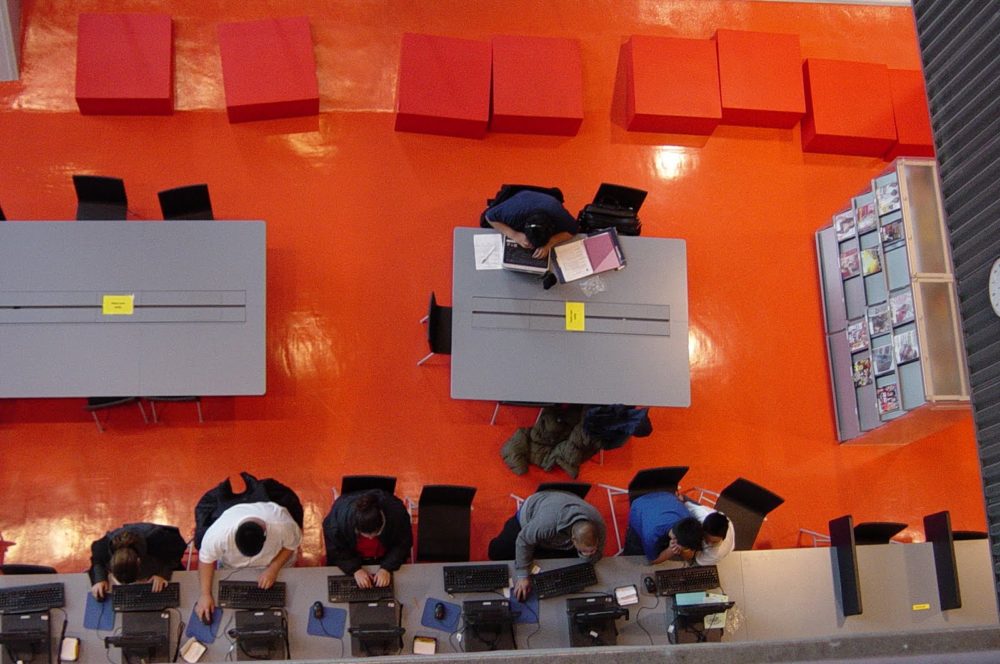 The IGCSE, or International General Certificate of Secondary Education, is (usually) studied over a two-year period between Year 10 and Year 11 in English National Curriculum schools by students between the ages of 14 and 16 years. In some cases, particularly “bright” children can choose to study the IGCSE over 1 year.

The IGCSE is the international variant of the UK’s GCSE and was developed around 25 years ago, initially to meet the needs of students seeking a UK qualification, but for whom English was an Additional Language [EAL].

Today there are three distinct variants of GCSE: the UK GCSE, the UK IGCSE, and the IGCSE available in the UAE and other countries outside the United Kingdom.

The IGCSE available in the UAE and internationally is now fundamentally different to the GCSE and IGCSE offered to students in the UK.

The UK variants are graded numerically between 1 and 9 (9 representing an A** not available in the UAE IGCSE) and are awarded on the basis of examinations at the end of the two years. In the emirates, students receive letter grades between A* and G and the examinations are awarded based on a broad mix of coursework, examinations and other practical activities.

The IGCSE is the pre-cursor/foundation to students progressing to study International A Levels in the UAE’s English National curriculum schools.

Details to consider
Curricula - Which country is it from?

Curricula - Who underwrites it?

There are 2 examination boards who assess the IGCSE:

Choice of around 80 subjects, although most schools offer between 12 and 30 subject options.

Students sit on average for 8 subjects, although the exact number varies between schools and the ability of the child, to between around 6 and 13 subjects.

1. The IGCSE is a different examination to both the GCSE and (in many cases) the UK variant of the IGCSE with different examination, curriculum and coursework requirements.
2. The UK is radically re-structuring and academically strengthening GCSE provision and children are currently sitting new GCSEs that are linear, not modular and assessed only on the basis of examinations at the end of a two-year period. The new examinations will be graded on a scale of 1 – 9, 9 representing an equivalent of an A** [double star] not available in standard IGCSEs.
3. Cambridge International have advised whichschooladvisor that “as it stands there has not been a decision to offer schools in the UAE the new 9 – 1 version of the IGCSE.” Current Emirates’ students at least will sit the old IGCSE based on A-G grades.
4. As the UK system of GCSE is in considerable flux, it is not possible to predict the knock-on impacts on IGCSEs in the emirates. As it stands, if IGCSEs do not change, the differences between UAE’s IGCSEs and UK GCSEs will increase, UK variants being significantly more difficult.
5. The UK educational system now requires students to sit a core of eight academic subjects in English Language, English Literature, Mathematics, Double or Triple Science, a language, History and/or Geography. This cluster of core subjects is known, informally, as the English Baccalaureate [EBacc]. It is anticipated that most schools in Dubai will move towards offering compulsory EBacc core subjects. Better schools will maintain further subject choices outside the core EBacc subjects.

Curricula - Balance of coursework to exams?

Assessment takes place at the end of the course and can currently include written, oral, coursework and practical assessment according to subject.

Examinations occur twice in the final year, in June and November. Results are issued in August and January.

Currently the emirates is not liable to changes to UK IGCSEs that are becoming linear and assessed only by examinations at the end of the course.

Curricula - How much is rote based learning?

Currently there is a good balance between rote based learning and analysis.

The UAE is not liable to changes in the UK that are seeing a shift to awarding GCSE qualifications solely on the basis of a student's achievement in examinations at the end of each GCSE course.

Many now argue that, as a result of the UKs removal of coursework as an element of grading, the UK is shifting back towards a rote-based emphasis in child learning.

Curricula - How easy is it?

The consensus is that IGCSEs have now become easier than their UK equivalent GCSEs because they include coursework and practical examinations in the total allocation of marking.

Prospective parents should note that not all universities will accept an IGCSE as a formally equivalent qualification to a UK GCSE. This is particularly the case with IGCSE English which is designed to recognise the challenges facing students who come to English as an Additional Language [EAL] and does not have parity with GCSE English.

IGCSE study is arguably best suited to academic children in all non-vocational subjects.

Extensive and wide ranging materials are available from both examining boards.

To progress to GCE A Levels, most schools insist on a minimum A*-C in the subject to be studied and a minimum of 5 IGCSEs including English Language and Mathematics. In competitive schools these thresholds increase markedly.

Prospective parents should note that a UK GCSE is graded numerically from 1 - 9 and there is no agreed equivalence between numerical and letter gradings between the two different examinations.

Costs rise according to the school’s ability to offer a wider range of options. The cost of a good IGCSE education is generally higher than alternative curricular and comparable only to that of studying for the International Baccalaureate Middle Years Programme [IB MYP]

Curricula - Transfer-ability (to other curricula)?

For French and German transfer the fundamental decider will be linguistic competence in the host language.

Curricula - Where does it lead?

In the UK, the GCSE is also the basis for applying to enter into an apprenticeship or to vocational based further education including the BTEC.

Curricula - Who is it best for?

Academic children and those students seeking to progress to International A Level study in English National Curriculum schools, and later, universities awarding British degrees, whether in the UK or UAE.

The IGCSE is also increasingly seen a better alternative to the International Baccalaureate Middle Years Programmme [IB MYP] in high performing schools offering an extended range of subject choices to students, particularly when those IGCSE choices include one or more languages.

High – arguably still one of few global benchmarks in education for progressing to further study.

Many employers will also still require applicants to have good (I)GCSE passes in at least English and Mathematics to be considered for any role in the United Kingdom or its overseas territories.

Increasingly less valuable as employers look to International A Level and degrees to determine an applicant’s desirability for any role.

Students in England can no longer legally leave school to enter the work place directly with (I)GCSEs.

A high (I)GCSE grading in English and Mathematics, however, remains a fundamental requirement of most UK employers when considering applications for any role, even if the applicant has a degree.

Examination results at (I)GCSE are increasingly of value, outside being a means to access a post-16 education, only to employers offering apprenticeships to students who leave school at 16 in the United Kingdom, where the number and grades of (I)GCEs remain very significant.

In the UK, universities frequently pay no attention to (I)GCSE scoring and focus on performance at GCE A’ Level. In the UAE however many universities accept (I)GCSEs without International A Levels. This is not the norm.

• International variants of the IGCSE are very different to UK counterpart qualifications with different grading and assessment
• In some subjects they are not treated with parity to UK counterparts, particularly in English
• Not all schools offer a broad range of subject choices, weakening a core strength of the IGCSE as a qualification able to meet the needs of individual children
• Some still argue that coursework should not be included in the assessment of IGCSE as it lends itself to abuse and waters down the academic value of study
• In schools not offering students a broad choice of IGCSEs, particularly in Humanities and languages, the International Baccalaureate Diploma as a post-16 option may be put out of reach

For parents seeking International A Level based post-16 study for their child(ren), the (I)GCSE has the edge over the IB MYP, the only alternative curriculum option that competes.

For children seeking to transfer to International Baccalaureate Diploma [IB DIP] based post-16 study, the recommendation is that students have studied the broadest possible range of IGCSEs, including subjects like psychology which cross all curricular. A broad range of IGCSEs gives students the edge for later International Baccalaureate Diploma study over its equivalent Middle Years Programme [IB MYP]

For students who are not able to access a broad range of IGCSE options between age 14 and 16, they should probably consider an all-through IB school over IGCSE based alternatives.

Taken as whole, for students who wish to keep open the broadest range of post-16 school and curriculum options, the IGCSE remains the gold standard for educational provision to age 16.

B
Our Rating
D-
User Rating
You have rated this
like
Is this school on your shortlist?
Top of shortlist
0%
In my Top 5
0%
Shortlisted
0%
A possibility
50%
Pass
0%
No way
50%
Posted In
Curriculum Guides, Guides
Tags
A' Level, IGCSE
A' Level, IGCSE
About The Author

Jon Westley
Jon Westley is the Editor of SchoolsCompared.com and WhichSchoolAdvisor.com UK. You can email him at jonathanwestley [at] schoolscompared.com
You might also like
A' LevelIGCSECurriculum GuidesGuides
MORE
Read More
4401

Must Read:Open Letter from the Editor. How to Manage Exam Results and Grades for Children in the Year of Coronavirus Covid-19.
Read More
2617

International A Level Guide
Next

Most Viewed All Time
Heat Index
SORT
1
Kids World International Nursery FZCO, China Cluster, International City
2
Must Read:What Grade will I get for my GCSE AS or A Level? Teachers and Schools to Decide Fate of Students Impacted ...
3
2018 UAE GCSE and IGCSE results – Strong showing again
4
Must Read:Blanket Ban on Sport in Dubai and Sharjah To Fight Back Against Coronavirus Covid-19 REVERSED
5
Arab Unity School, Al Mizhar 1, Rashidiya
Trending
Heat Index
SORT