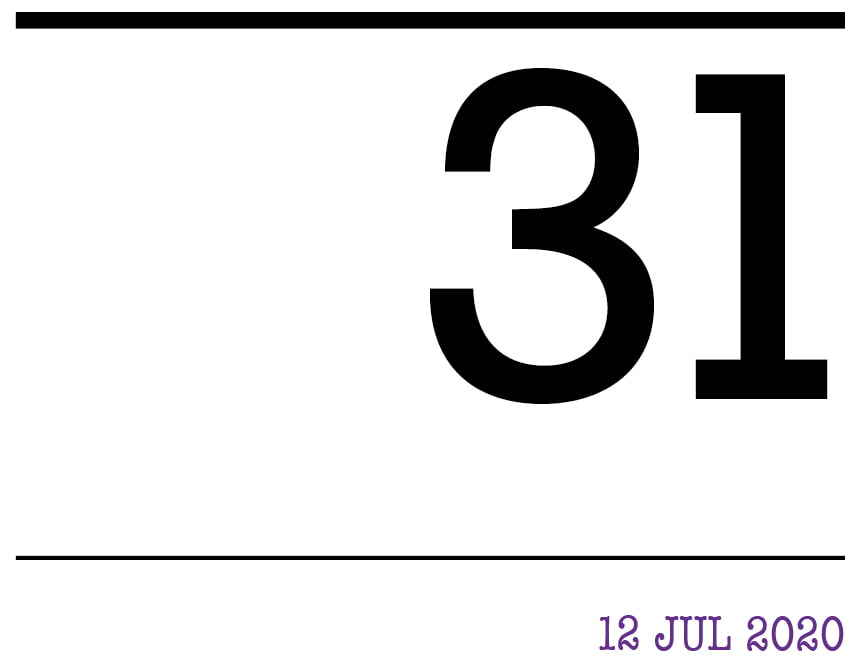 The unknown. After her mother’s passing, Neina’s haunted mentality had been dragged into astronomically unbearable complexities. The infinite void of the ‘unknown’ felt almost too familiar to her. In practice, the unknown was a world she ended up in. But potentially, it was a world she would never come out of. Neina’s mind was perplexed with distorted thoughts: Ryder, Quinn …

“Neina? Neina?” recited Charlotte from the other end of the call. “Did you hear anything I just said?” Neina had once again slipped into her bewildering train of traumatic daydreams, and had paid no attention to what, she assumed, had been Charlotte’s words of comfort.

Neina managed to orchestrate her usual: “I’m sorry Charlotte, I’ll call you later”. Obviously, Charlotte was quite used to hearing that statement. She would always complain that Neina was drowning herself in heaps of work. This was different. Neina wasn’t drowning in work; she was drowning in thought. She was delusional – hysterically consumed by an untamed beast of hallucinations, swarming together in an undefeatable phantasm of terror.

Overwhelmed, she hung up and closed her phone. Grabbing a chair from under her desk, she sat down and aggressively forced multiple breaths through her nostrils in an attempt to calm her thoughts and make sense of her proliferating ideas. “No, I mustn’t surrender again ….. ” Neina protested, as the she felt herself being relentlessly, again, pulled back to the Mors world. Rapidly and affirmatively, she decided that finishing off her paperwork would be the best distraction.

Determined to trick her tumultuous, chaotic subconscious and fighting desperately to maintain her grounding in reality, she picked up her ballpoint fountain pen and began to jot down a few ideas for her ‘prophecy tower’. Holding her pen, her weapon, she felt formidable. Although architecture was a career fulfilling enough to keep her distracted, writing was a passion she had possessed, that had possessed her, for years. It was her source of freedom; her only source of freedom. As she began to write, her debilitated eyes were drawn to the pen that she clasped in her fingers and she guilelessly began admiring the deep, yet caressing, sapphire ink that flew from its tip.

A waterfall of once imprisoned ink was set free and frolicked along the blank pages. Like a light-headed soul, the prepossessing canvas created by the dancing ink blew her away and left her mind in a puzzled state. The chasmic aroma of ink nauseated her. Neina felt bewildered, befuddled. Her mind once again broke into two empires; like Heaven and Hell.

A peaceful world where she had her brothers, father, a rewarding job. She had Charlotte, a roof over her head, good income and overall a pretty satisfying lifestyle. This was the kingdom she dreamt she would live in, the kingdom that provided her with serenity. When her mind came to rest in that realm, she felt grateful, content and, most importantly, hopeful. Living next door to this heavenly entirety, was a not so friendly neighbour – a scorching hell. Its devouring fire grew gluttonous over the years. The habitants of this ravishingly cataclysmic realm included Isla, the loss of her mother, jealousy and the constant striving for ultimate perfection. It was home to her grief, sorrow and, recently, the Mors world. It was a realm excessively fed with hallucinations, guilt and self-doubt. Clearly, the kingdom of hell lay comfortably inside her mind and was possessing her person. A narrow, strait border differentiated between both worlds. It grew thinner by the day until it was almost impossible to tell which half was heavenly peaceful and which was an eternal damnation of peace. 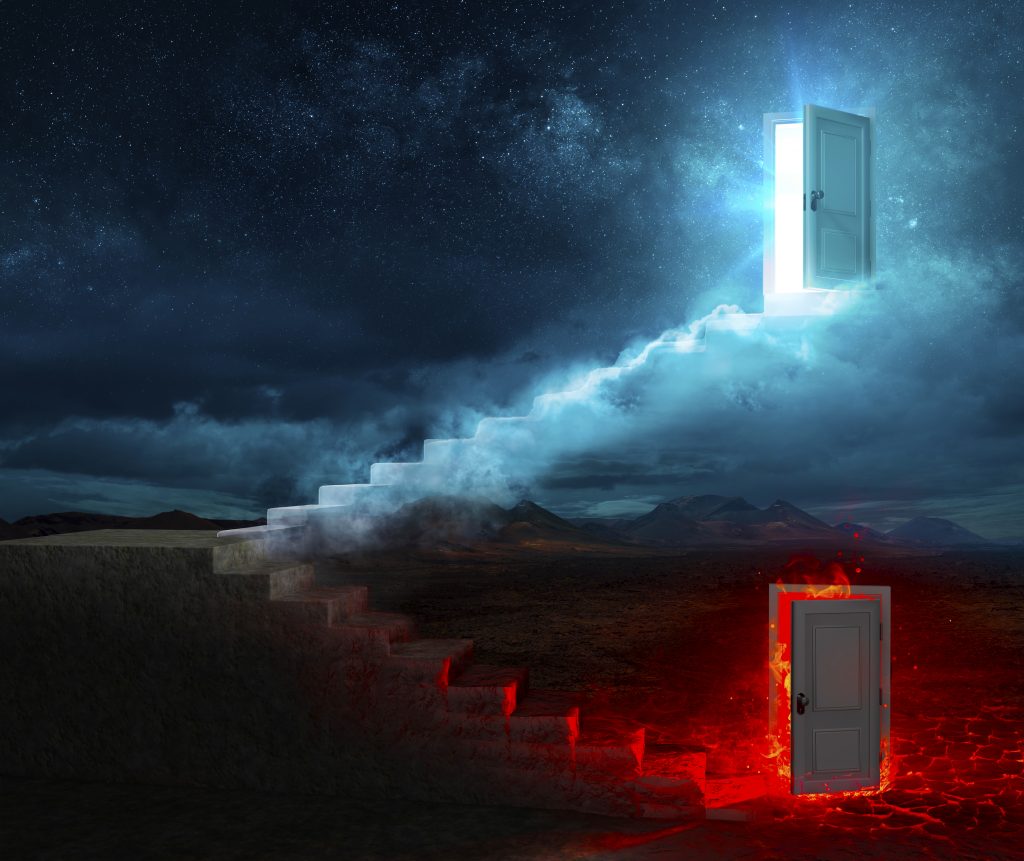 A spiral of unwelcome thoughts engulfed her; where is Ryder? How is he doing? Who is he with? Instantaneously, the reality she had hidden away for so long finally hit her – her mother’s death didn’t only affect her, but it must have also impacted her brothers and her father. Although she felt lonely, deserted and abandoned, she wasn’t going through this alone.

Neina caught a glimpse of the argyle scarf that was deposited on the corner of her undisturbed desk. Cautiously, she picked it up, longing to remember Janus and the consoling smile he always wore. She folded her eyelids (exposing her crooked eyeliner) and inhaled the aromatic nostalgia carried by the scarf. Blissfully, she was transported away to a world of memories;  a different reality where her corrupt mind was still at ease. The deliciously soothing perfume gently diffused into her nostrils and filled the cracks in her heart. This crafted fragrance allowed her to reminisce, to feel, wonder ….. It uplifted her splintered soul. She could almost visualize their house. An outraging tsunami of tears fell uncontrollably from her glistening eyes as she began to reimagine her childhood home. Spontaneously, as she did so, the enthralling beauty of those memories collided with an achromatic vision of the three trees …

Neina’s vision was blurred completely. The only oak tree that she could see palpably was Ryders. Roots of the grandiose tree were like tangled hairs dug into the mud. The tree near inaudibly pleading for breath, for life, despite its looking magnificently robust. It reminded here of the type of tree you would imagine finding in an enchanted forest. Although it stood with overwhelming power, it equally looked as if it was close to being entirely deprived of life. Its once emerald leaves were suffocated into a desolating deep brown; its branches were dipped in demise. The majestic oak was a soulless griever. Grieving silently for Ryder’s cobalt head that hung, still, from the tree’s tallest branch.

Ryder looked wan and an expression of consternation plagued his fragile face. His lifeless body followed his face and took its place beneath his neck. He was still wearing the clothes he had worn on the night of their mother’s incident. Although he showed no signs of life, Neina willingly spoke to her brother, begging for any answer out of his bleached lips. “Ryder… Ryder please, speak to me”. No answer came. Neina moved closer to the tree trying as best she could to appear impassive. She leaned closer to the wood. Feeding her curiosity, she allowed her eyes to feast upon the murdered body of her dead brother in the desperate hope that she may find something, anything, to help her come closer to uncovering the mystery of his death.

As Neina looked intently on the bronzed tree, she found words engraved on the right side of the wood: ‘Omnia accidere. Terroris speciem. Lustus ens ut nulla sit ultima affectum’. Written in Latin, she didn’t understand what it meant. The second her eyes had finished deciphering the last few letters, she heard an echoing voice from a distance. She couldn’t tell where it came from, but, as Neina listened, a bodiless echo breathed a translation of the words, giving them meaning: “let everything happen to you Neina. Beauty and terror. Just keep going, no feeling is final.”

The unrecognizable voice was right.

For our independent review of the Sheffield Private School, click here.

Jana Samy
Jana Samy is 16 years old, Egyptian and a Year 11 student at the Sheffield Private School in Dubai. She writes: "I have enjoyed reading the story and was extremely excited to write my chapter. I can’t wait to read the next chapter find out how the story continues. Thank you for this opportunity and I wish the best of luck to the next author!"
You might also like
James MullanWrite a Novel ChallengeChallengesWrite a Novel
MORE
Read More
934

Must Read:Extraordinary Achievement by UAE Schools and Students. “The Neina Chronicles Volume 1. Of Prophesies and Realms...
Read More
349

Chapter 10. Write a Novel Challenge.
Next